Should I Adopt a Child with Special Needs? 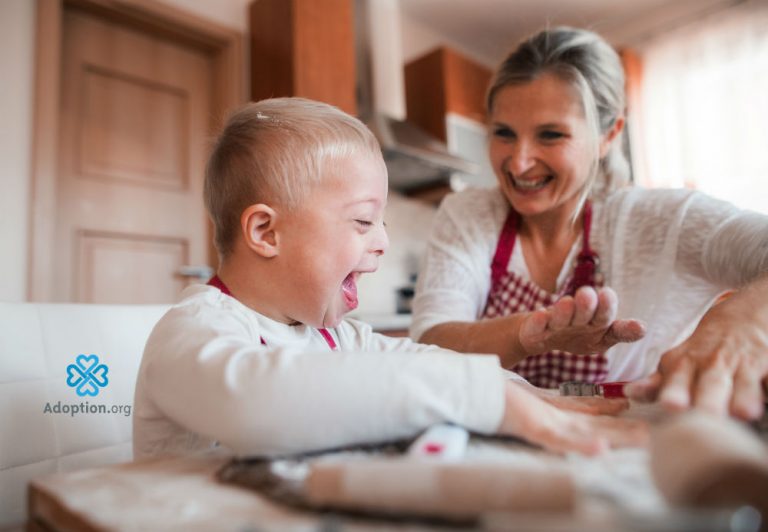 Adopting a child with special needs takes a special person! It is not every day that someone comes along with the heart to do that. What exactly is a special needs adoption? It is an adoption where the child has developmental, behavioral, medical, or circumstantial needs which would otherwise be a barrier to permanent placement.

People don’t normally wake up one day and say, “Hey, I want to adopt a child with special needs!” So, my question would be, “What is your motivation?” Is it financial? Because it probably won’t be worth it. Is someone pressuring you to do it? Because you won’t be satisfied. Is it because you feel sorry for these kiddos? Because feelings fade really quickly.

What should your motivation be? Well, first consider the need. There are over 400,000 children in foster care. Out of those, 100,000 are free for adoption. Many of those are special needs children. This number doesn’t even account for the 147 million orphans around the world that need stability and love. Those orphans need protection from homelessness, poverty, human trafficking, and violence.

Secondly, you should adopt if you can determine whether your home has the ability to accommodate the physically disabled. For example, does your home have a ramp? Does it have a wheelchair-accessible entrance? Does your home have an internal smoke and fire detection system? Is your vehicle handicap accessible? Check with your state’s requirements.

Autism. Autism Spectrum Disorder, or ASD, refers to a group of disorders that describe how a child perceives his world, his peers, his caregivers, and objects around him. Children with autism view things very differently than you and I do. Children with autism can be very inward, concentrating only on themselves. Or they can obsess on one person to make that person the center of their attention. They can also obsess over objects, fictional characters, or imaginary persons. Some children with ASD can be aggressive if their daily routine is disturbed. Therefore, they need calm and consistency and need to know what to expect each day. Children with autism also can have sensory processing disorders, which means that they are very sensitive to touch and very tactile defensive. For example, they may not like certain clothes because of the way it makes them feel. Or they may not like certain foods because of their texture, not necessarily because of the taste. Children with ASD can also be quite brilliant, excelling in math and science.

Down syndrome.  People with Down syndrome have a congenital disease where they are born with an extra chromosome. People with Down syndrome may have physical differences in their eyes, nose, and ears, as well as differences in weight and height. They may have physical ailments in vision and hearing, as well as digestion. Children with Down syndrome may be smaller in development than their peers and may also have weight issues. These children may need a special diet. They may vary in their mental abilities and may need help developing new skills. Generally speaking, they are happy, affectionate, and social. They can hold jobs, they can complete college, and they can lead very normal lives.

FASD. Fetal Alcohol Spectrum Disorder, or FASD, is a diagnosis that you may see as an adoptive parent. Again, this covers a range of behaviors and symptoms. FASD is a congenital disease brought on by alcohol use during pregnancy. FASD affects 1-3 out of every 1,000 babies born and is the leading preventable cause of intellectual disability in the U.S. Though rare, adoptive parents need to know what to expect when encountering this diagnosis. Adoptive parents need to give special care to these children who have this diagnosis through no fault of their own. Kiddos with FASD have different physical characteristics such as eyes that appear far apart, small eye openings, smaller head size, among other things. Behaviorally, they can be hyperactive, impulsive, and may appear to have little to no conscience. They also may have difficulty sleeping and difficulty focusing on multi-step tasks. On the positive side, they usually do well in large groups and have a great sense of humor.

SEN. Substance Exposed Newborns, or SEN, are infants whose moms have continued to abuse drugs throughout their entire pregnancy. Methamphetamines, heroin, and other drugs have adverse effects on an unborn child which can be detrimental to these kiddos. SEN babies sometimes need feeding tubes, oxygen, occupational therapy, and speech therapy. It sometimes takes at least one full-time parent to care for these kids around the clock.

Cerebral Palsy. This refers to a group of disorders that affect the brain and motor functions of an individual. They have a limited range of motion, lack the use of one limb or may be completely non-ambulatory. It is caused by a lack of oxygen to the brain, infections, or lack of blood to the brain prior to or immediately after birth. Some people with cerebral palsy can lead quite normal lives as some can work, go to school, and participate in various events.

When we think of special needs we may think of physical handicaps, but there are other disabilities that are not necessarily physical in nature but can be just as debilitating. Most of these behavioral needs are related to trauma. Whether you are completing an international adoption, a private domestic adoption, or a foster care adoption, your child has experienced trauma of some sort. Even if you are placed with an infant straight from the hospital after they are born, infants may experience trauma by being exposed to substances in the womb.

ADHD. Many foster children are diagnosed with a learning disorder called Attention Deficit Hyperactivity Disorder, or ADHD. Children with ADHD have a hard time keeping still in their seats, are impulsive, have a hard time focusing, are easily distracted, and have a hard time sleeping. These children are sometimes prescribed various medications including Concerta, Adderall, and various forms of Ritalin. These are considered stimulants, so they should be taken with caution, and children should only be weaned off under a doctor’s supervision.

PTSD. Post Traumatic Stress Disorder, or PTSD, was originally used to describe a disorder in wartime veterans. What used to be called “Shell Shock” or “Battle Fatigue,” the veterans would react in aggression or in fear at the sound of something that startled them which would remind them of the battlefield. This situation would cause them extreme stress or anxiety. Depression is also a common side effect.

Don’t underestimate the effect of trauma on a child. It causes children to think differently, behave differently, and may even have physical effects on the child. Adults have coping mechanisms to deal with separation and loss. Children do not. Adults have experienced grief and disappointment in many different ways. Children have no frame of reference for this. Therefore, adoptive parents need to educate themselves on PTSD and be prepared for behaviors that their biological children may not have presented.

RAD. Reactive Attachment Disorder, or RAD, is a disorder that can be very common amongst adopted children. Children with RAD usually have difficulty attaching to their primary caregiver as a result of their previous caregiver’s abuse, neglect, or absence. It is very similar to PTSD because it is a result of a specific event or a series of events. Children with RAD have extreme mood swings, fake charm, an inability to attach, an inability to trust, and a lack of “stranger danger.” Adoptive parents who care for kids with RAD can also be frustrated because they feel they are victims of triangulation and manipulation.

There is no specific medication for RAD and traditional behavior management or counseling may not be effective. Kids with RAD may fear attachment and intimacy because the only people who have ever been their caregivers have let them down. Trust does not come easy for these kids. But what children with RAD really need is a connection, time, and consistency. If you meet them where they are and are consistent in your caregiving, over time, they may come to trust. This requires patience, thick skin, ongoing education, and support. You cannot do it by yourself, so surround yourself with a good network of people who can help you when you need it.

The last group of special needs kids are considered special needs because of the circumstances they were born into. Though you may not have considered adopting any one of these kids, they still need a forever family.

Whatever you choose to do and whoever you choose to adopt, educate yourself. Surf the web and read books on these topics. Speak to other adoptive families who have adopted children with special needs. Provide respite for these families. Interact with these children. Volunteer with agencies that serve these populations. Get exposed to the joys of serving someone weaker than you. I guarantee you, the joys will outweigh the challenges!

Derek Williams is an adoption social worker and has been in the field of child welfare and behavioral health since 2006, where he has assisted families in their adoption journey. He and his wife started their adoption journey in 1993 and have eight children, six of whom are adopted. His adopted children are all different ethnicities including East Indian, Jamaican and Native American. He loves traveling with his family, especially to the East Coast and to the West Coast and is an avid NY Mets fan! Foster care and adoption are his passions and callings for Derek, and he is pleased to share his experiences with others who are like-minded.

What Books about Adoption Would You Recommend for Children?

Will Adoptive Parents Love My Child Like a Biological Child?