Should You Adopt From A Hague Convention Country? 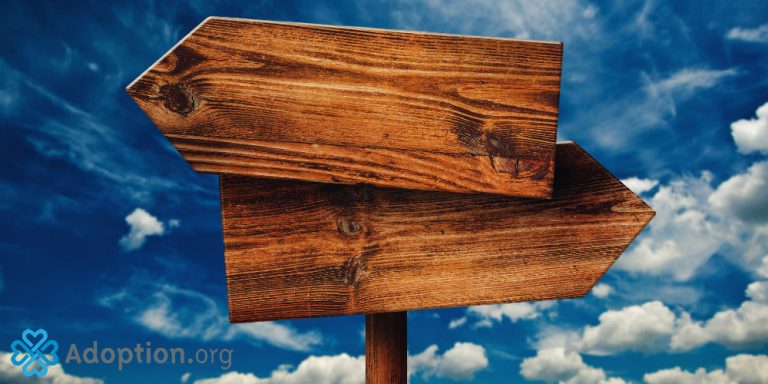 It was a brisk October afternoon when my husband and I entered our first adoption fair. Displayed on tables all around us were pictures of smiling children from countries around the globe. How would we begin to choose? We thought about places to which we had a connection. My sister had worked extensively in East Africa. What about Uganda? My husband said he had always wanted to go to China. I’m peering down at a brochure on South Korea, “Have you thought about Hague vs. non-Hague?” a helpful social worker asks. I look at her blankly. Hague? You mean the building on a quaint street in the Netherlands where war lords stand trial? What does that have to do with international adoption???

Okay, interesting history lesson. But what’s the difference between adopting from a Hague vs. non-Hague Convention country?

If you are adopting from a Hague Convention country, you must work with an accredited or approved adoption agency.* Your agency must provide information on the agency’s history of working in the country and of their history with in-country providers. Your agency must provide a detailed account of all fees and estimated expenses associated with your intercountry adoption. Once your home study is complete, you will be required to take a minimum of 10 hours of prospective parent education prior to placement. Lastly, agencies who work with Hague Convention countries must keep adoption records for 75 years. This is particularly useful should your child wish to ever trace their birth origins.

Unlike Hague Convention countries, agencies working with non-Hague Convention countries may provide information on the history of the agency’s workings within a country, but it is not required. Similarly, the agency is not required to disclose any potential hidden fees. With regards to prospective parent education, trainings are subject to state requirements (though many states require 10 hours of training). There are no requirements on mandated adoption record keeping.

* Note as of July 14, 2014, the Universal Accreditation Act went into effect that states all intercountry adoptions must be done through an accredited or approved adoption agency. Agency evaluations are conducted by the U.S. State Department’s designated Accrediting Entities. This applies both to Hague and non-Hague accredited countries.

Choosing to move forward with a referral is always a leap of faith, but with Hague Convention countries, any medical information about the child is required to be presented to the prospective parents at least two weeks prior to accepting a child’s referral. This ensures time for the prospective parents to evaluate the child’s medical information. An English translation of the medical records is also required.

In non-Hague Convention countries, there are no requirements for medical information prior to accepting a child’s referral. That said, most countries do try to provide as much information as they can. If records are provided, there is no requirement for them to be translated into English.

In Hague Convention countries an I-800 is filed. The filing must be done by a U.S. citizen.

In non-Hague Convention counties, an I-600 is filed. Like the I-800 it must be filed by a U.S. citizen, but the core difference between the two is that with the I-800 the child has already been declared an orphan by the country of origin. This is one of the cornerstones of the Hague Convention, to prevent the sale and trafficking of children. With the I-600, the U.S. goes through a process to declare the child an orphan. That means at referral, it is possible the child has not yet been declared an orphan, and thus eligible for adoption.

Children adopted from Hague Convention countries will enter the U.S. on an IH-3 visa. This application process is completed prior to the foreign adoption proceedings beginning (which means your child has already been declared eligible to be a U.S. citizen at the time your case is processed in a foreign court). Children with IH-3 visas will automatically become U.S. citizens upon entry into the United States.

In non-Hague Convention countries, an IR-3 Visa is issued. It is similar to the IH-3 visa in that upon entry into the United States the child will automatically become a U.S. citizen. The difference is the visa application is submitted after the foreign proceedings to adopt the child have begun. It should be noted, that regardless of visa status there is no federal requirement for the readoption of a child once the child has entered the United States. Though your child will be legally adopted in their country of origin it may still be a good idea to undergo the readoption process when you come home.

So how do you choose? Ultimately, it is what country and what child speaks to you. The U.S. Department of State operates an extensive list of every country’s requirements and restrictions as well as any alerts or notices from those countries concerning adoption practices and processes. But congratulations, you’ve made the first step! You have decided to welcome both a child and a country into your home and hearts. And that is the biggest decision of all.

Jennifer S. Jones is a writer, performer, storyteller, and arts educator. In a small government office in China, Jennifer became an adoptive mother. She is passionate about the adoption community and talks about the ins and outs, ups and downs, joys and “Is this really us?!?” whenever she can. She writes about her experiences at www.letterstojack.com.