Is There an Age Limit in Adoption? 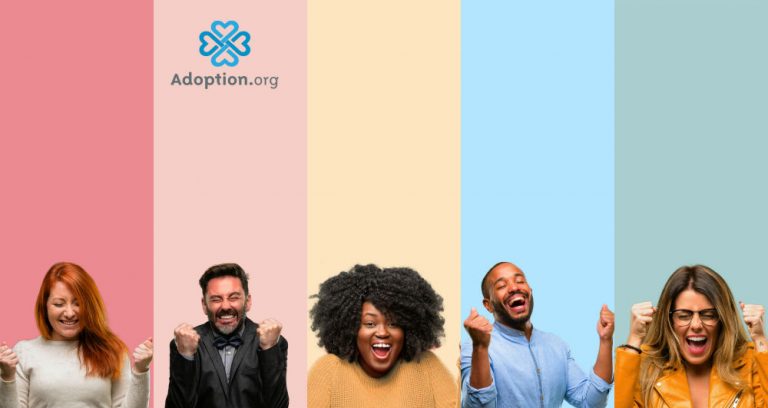 Have you ever wanted to adopt but were unsure of the age limits for those doing the adopting? Have you ever wondered the age range in which children could be adopted? IS there any form of age limit in adoption? As with everything in life, there are limits. There are two ways to look at this question. There is the age of the person DOING the adopting, and there is the age of the person BEING adopted. In this article, we will address both questions as pertain to domestic and international adoption.

Age Requirements for a Person DOING the Adopting.

What is the minimum age requirement for a domestic adoption? How old is too old to adopt? Expectant parents may have a preference on the age of the adoptive parents they choose for their baby, but the United States has very few restrictions that would not allow an older adult to adopt. However, as with adoptive parents of any age, the prospective older adoptive parent will be evaluated for mental and physical capability during the home study process and a complete physical will be required. This is to ensure that the older adult is healthy enough to raise a child.

There is some variety in the lower end of the age spectrum. In the United States for domestic adoption, the youngest age that a prospective adoptive parent must be is 18; however, the age qualifications vary slightly from state to state. According to this government agency, “in approximately seven States (Connecticut, Kentucky, Louisiana, Montana, New Jersey, Tennessee, Washington) and Puerto Rico, prospective parents must be age 18 to be eligible to adopt. Three States (Colorado, Delaware, and Oklahoma) and American Samoa set the age at 21; and Georgia and Idaho specify age 25. A few States allow minors to adopt under certain circumstances, such as when the minor is the spouse of an adult adoptive parent. In approximately six States (California, Georgia, Nevada, New Jersey, South Dakota, and Utah) and the Northern Mariana Islands, the adopting parents must be at least 10 years older than the person to be adopted. In Puerto Rico, the adopting parent must be at least 14 years older; in Idaho, the parent must be at least 15 years older.” All other states do not specify a minimum age to be eligible to adopt.

The age requirements for international adoptions are a little bit older. This website says that “prospective adoptive families…must meet eligibility requirements of the country from which they are adopting, United States Citizenship and Immigration Services (USCIS) and their respective state laws. One parent must be at least 25 years old to be accepted into an international adoption program.” Each country has its own set of age requirements and restrictions. Prospective adoptive parents should refer to this list when deciding from what country to adopt.

Age Requirements for the Person BEING Adopted.

According to statistics, it is estimated that about 135,000 children are adopted in the United States each year. At what age is a child legally available to be adopted in the United States? In general, a child must be between the ages of birth to 18 years and be legally free to be adopted. (A child is legally free for adoption when either birth or current legal parents have had their parental rights terminated or have consented to the child’s adoption).

Another aspect of adoption that is lesser known is adult adoption. This may occur when a child ages out of the foster system at age 18 without being officially adopted into a family, yet they maintain a close relationship with their foster family. Now, that child turned adult can be adopted to give him a permanency of a family, as well as make him eligible for any inheritance that may be given to him. Another instance of adult adoption could be the reunification of an adoptee with her birth family and her desire to share her family’s name. While there is really no age limit on adult adoptions, these situations typically occur when the person is between the ages of 18-21.

Each country has its own restrictions on the age that a potential adoptee must meet in order to be adopted. This website states that if a child is from a country that is a part of The Hague Adoption Convention he or she must qualify as a convention adoptee under U.S. immigration law in order to immigrate to the United States through intercountry adoption. The child must be under the age of 16 at the time adoption paperwork is filed on his or her behalf or the child is under the age of 18 and is a sibling of a child under the age of 16 who has been or will be adopted by the same adoptive parents. Non-Hague Convention adoptions generally follow the same age guidelines, but the child must go through the orphan visa process in order to be adopted.

In short, yes there are age limits, but there is so much room in the age spectrum that just about anyone can adopt if he or she meets the requirements. Across the globe, children ages 0-17 are available for adoption. If you have a desire to provide a loving forever family for a child (or adult!) and you are able to meet the myriad of other requirements, do not let your age become a barrier. Every child deserves a loving forever family, and yours might be the perfect fit.

Virginia Spence and her husband Eric are the proud parents of two awesome boys who joined their family via domestic infant adoption. Their journey through infertility and into the world of adoption awoke in her a passion for life at all ages/stages, especially the tiniest lives in the womb and the women who carry them, and a desire to champion the cause of those who choose to adopt. Virginia desires to be a voice for adoption through advocacy and education as well as an encouragement to those suffering through infertility. Virginia loves to read and considers herself a coffee connoisseur. When she isn’t writing or drinking giant mugs of coffee, Virginia can be found watching Paw Patrol and racing hot wheel cars with her boys.

How Do I Overcome Feeling Unprepared to Foster or Adopt?

What Does ‘Special Needs’ Mean in Adoption?

What Do I Need to Know About Traveling and Adoption?