How to Answer “Why Didn’t My Biological Parents Want Me?” 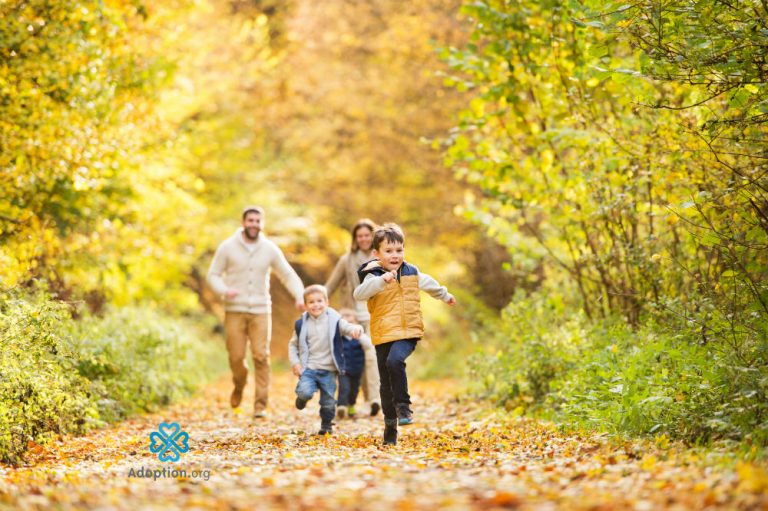 Are you an adoptive parent who has a child who is just grasping the realities of their adoption? Are you getting questions about their “origin story”? Need a little advice? Generally speaking, everyone’s adoption story is a little different, but the best answer to the question, “Why didn’t my biological parents want me?” is, “It’s not that they didn’t want you, it’s that they weren’t able to take care of you.” The following article contains hypothetical conversations with your adopted child on this issue.

The Ongoing Story of Adoption

First of all, every adopted child should know they are adopted. No longer are the days of “the talk” or children finding out by accident that they are adopted. With the advent of international adoption and transracial adoption, it’s quite clear that the adopted child does not always look like the rest of the family. Truth is better than a lie; disclosure is better than non-disclosure. Here are a few things you need to keep in mind:

Your parents did want you!

As stated above, many adoptees have immense feelings of being rejected or feeling unwanted. It’s like your wedding or a birthday party where you remembered who wasn’t there rather than enjoying those who were there. Maybe the person who didn’t come was sick or got a flat tire. The bottom line is that we may never know the full story regarding why birth parents place their children for adoption. But consider these three conversations you could have about your child’s birth parents:

Why Birth Parents May Have Chosen to Place for Adoption

The decision to place a child for adoption can be very personal to a woman. Having conversations around that decision can be awkward, to say the least. It will not be easy, in many cases. But the bottom line is this: “While your mom’s pregnancy was unexpected, you were not unwanted. Your mom did a brave thing by carrying you in her tummy for a full nine months and placing you in a loving family.” While talking to your adopted child, please emphasize that. Please keep in mind that some of these conversations may need to to be preceded with a discussion about human sexuality.

There may be many reasons why a woman chooses not to keep her child. These conversations will have to be delicate and you may have to choose your words carefully according to the age and development of your child.

The Changing Landscape of Adoption

Adoption is not what it used to be, so the conversations surrounding adoption will be different. In the early 20th century, most people who adopted were white, well-to-do couples who were infertile, knew of a homeless youth, or had the means and ability to adopt. Adoptions were rare anomalies and were usually secretive. The adoptees usually didn’t know they were adopted until years later, unless they found out by accident. This is no longer the case.

Three things happened that caused an adoption boom in this country. First, the Korean War in the 1950s created millions of Korean orphans. People like Harry Holt, founder of Holt International, paved the way for Americans to consider international adoption. Other countries followed suit, such as India, China, and Cambodia. Secondly, the fall of the Soviet Union in 1989 opened people’s eyes to failing orphanages around the world and motivated people to adopt from Russia, Ukraine, Poland, and Romania, among other nations. Third, legislation here in the U.S. in the 1990s paved the way for more American families to adopt from the foster care system and removed many barriers along the way.

The conversations we have now with our adopted children are not the conversations we used to have 20–25 years ago. Adoption conversations are a lifelong process, not a “one and done” scenario. Let’s back up a second. What are some of the changes that have brought us to this point? Let’s take a look.

Open adoption. Open adoptions are a relatively new concept in child welfare. An open adoption, which has been the mode of operation in child welfare for the past 20 years or so, is an adoption in which the birth parents still have limited contact with the adopted child. In the previous mode of operation, closed adoption, there was no contact between adoptive parents and birth parents, whose files were usually sealed under court order. An adopted child did not have access to his culture, family history, or medical history. Now, in most states, an open adoption is expected in private, domestic, or foster care adoptions.

The question, “Why didn’t you want me?” can now be posited directly to the birth parents, rather than the adoptive parents. The thought used to be, “I wish I had a chance to speak to my biological parents,” but now it may be, “I don’t know if I still want to talk to my biological parents.” Especially through the teen years, the adoptee is still trying to discover who he is and where he fits into the world. As the teen is now aware of sexuality and the circumstances about his birth, more knowledge may actually be a curse. Animosity and conflicted feelings are not uncommon in open adoptions.

The cost of adoption. “How much did I cost?” or “Did you buy me?” may be honest questions an adopted child has as he grows up and understands how the world works. Immediately reassure your child, “I did not buy you. But, you know how we pay a doctor when you get sick? We had to pay the adoption agency to help us to find you and to do all of our paperwork. Then, we had to pay an attorney who spoke to the judge on our behalf.” Or if your child was the result of a foster care adoption, you can simply say, “We didn’t pay anything to adopt you.”

The status of adoption. Finally, adoption is not the stigma it used to be. It is not a curse, it is a blessing. It is not a secret! It is a joy! Shout your adoption! Your conversations with your little one should be full of joy, positivity, and hope. In many cases, it is a long-awaited answer to prayer. Let your child know this.

We’ve all heard horror stories of women hiding their pregnancies and giving birth in a public bathroom stall, of women throwing their newborns in a trash dumpster, or of women abandoning their newborn children at the hospital. They have done the unthinkable. But a woman who places their child for adoption has done a brave thing. Be prepared for these conversations. Rest assured, it is better to have this conversation than not to have it at all.

Derek Williams is an adoption social worker and has been in the field of child welfare and behavioral health since 2006, where he has assisted families in their adoption journey. He and his wife started their adoption journey in 1993 and have eight children, six of which are adopted. His adopted children are all different ethnicities including East Indian, Jamaican and Native American. He loves traveling with his family, especially to the East Coast and to the West Coast and is an avid NY Mets fan! Foster care and adoption are his passions and callings for Derek, and he is pleased to share his experiences with others who are like-minded.