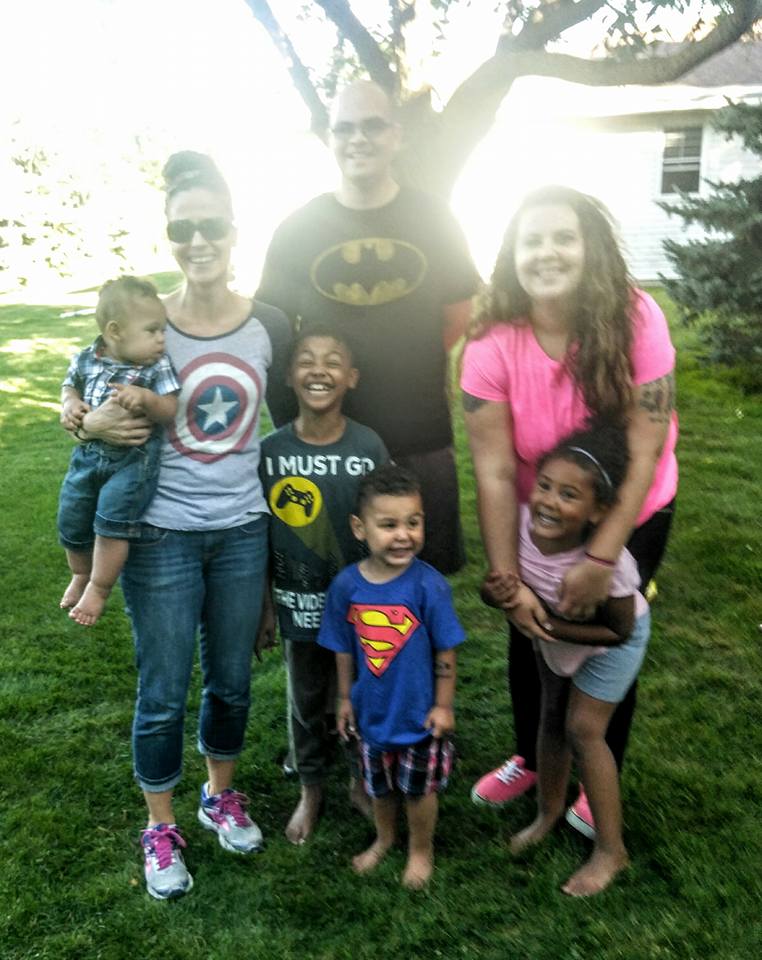 If you would have asked me this question seven years ago, I would have given the typical answer: that without a birth mother, there is no adoption. Which, of course to this day, I would agree with. Now, having firsthand knowledge of why birth mothers are so important, I can give you a much better answer, an answer that has depth, love, and meaning behind it—not just some dictionary or surface answer. Let me explain to you why I feel birth mothers are so important. I may not have all the answers, and I may be way off in left field sometimes, but I know I have been touched by the gift of adoption and the love a birth mother has given me. I can’t let that just go by the wayside. I hope you enjoy our testimony in answering the question, “Why are birth mothers so important?”

Like I mentioned earlier, there would not be any adoptions if it were not for the selfless actions of birth mothers. There is no getting around that. That is the honest to goodness truthful answer. Birth mothers decide, create, and make the plans for adoption. Adoptions as we know it would come to a standstill without them. However, they are so much more than that, and I know firsthand just how special they are.

Here is what I have come to know about why birth mothers are so important. I had no idea what our adoption journey was going to look like, and I certainly did not think it would look like how it turned out. Funny how that works sometimes—right when you think you have your life figured out, it goes in a completely different direction! When we first met our son’s birth mother, I was a nervous wreck. I was meeting the woman that was going to change the course of my life, of our lives, and of our child’s life. We have a good laugh about it now, but I was saying the silliest of things when we first met. I don’t remember half of them, but she likes to remind me from time to time! (A story for another time!) But at that moment, I didn’t only want her to be our son’s birth mother; I wanted her to be so much more, because in my heart and mind, she was so much more. Lucky for me, she has become more than just our son’s birth mother; she has become my friend. Not the friend you spend daily interactions with, but the friend that you can go months without talking and pick right back up from where you left off, no questions asked. We can pick up right where we left off whether we talked just last week or if the last time I saw her was over a year ago.

After we muddled our way through the first interactions of getting to know each other, it just became natural, our relationship. I should probably tell you that we have a very open relationship with our son’s birth mother, and not everyone is going to have that kind of relationship. But regardless of the kind of relationship you have with your child’s birth family, they play a huge role in your child’s life, and they are important. We somehow just won the birth mom lottery when she picked us to parent her child.

I knew this from the very beginning: we knew we wanted to have an open relationship with our son’s birth family; however, we didn’t know how our families were going to “get along.” In the end, one of us was walking away with a child we only dreamed about, and the other was walking away holding a part of her heart in her hands. I was not going to ignore that. Some call me an empathic person, so I tend to always take everyone else’s feelings into consideration. So, we planned a picnic together with our families before our son was born. That’s when it started. We started growing as a family. We weren’t a “traditional” family by any means, but we all had one thing in common: we all loved our son. We just had to figure out how this was all going to work.

Over the course of time, our relationship has had its moments. Moments of success, moments of quiet, moments of joy, and moments of tears. There is no manual on how to have an open relationship in an open adoption. There is no right and wrong way to do this. There is only what we know, and I know we all can agree that we are all in it for the love of one little boy, the boy that changed our world, his biological family’s world, and if we are lucky, the world we live in.

We went a season in our lives without hearing from our son’s biological mom. It took all I had in me not to reach out to her all the time and ask what was going on. But at the same time, she was processing her own life and her own feelings. I didn’t want to pressure her. I knew in her time, she would come back around and want to be more involved in our son’s life. When she finally did come back around and we had the opportunity to discuss what was going on with her, one of the reasons she was so distant was because she didn’t know how to fulfill her “role” in our son’s life. In short, she didn’t know how to be a birth mom. She was a mom. She has three children at home. The role of mother wasn’t something new to her. However, the role of birth mother was foreign to her. She didn’t want to overstep, and she didn’t want to under step. We talked about what we felt was her role in his life and what she felt was her role and how she didn’t feel she was living up to her role at that point in his life.

But why are they so important? I also had to think back to a time when I just thought I was going to be a parent, a time when I thought I had it all figured out. In case you were wondering, I was wrong; I had nothing figured out. Having children is the most difficult thing I have done in my life. It may also be the most rewarding and is what I look forward to every day. However, that doesn’t make it easy! I thought our child’s birth mother would place her baby with us when she was eight months pregnant, deliver the baby, and move on. Naive. I know. I thought it would be “easier” that way. At the time, I didn’t want to “share” the baby I waited so long to have with someone else. I was selfish, I know. But then we met our son’s birth mother, and our eyes were opened to just how beautiful an open adoption could be, and I was hook, line, sinker. I knew this was going to be in the best interest of our son. I knew he would have questions we could never have the answers to. But, luckily for us, we have an open adoption with his birth mother, and he would have access to her to ask those questions himself. Will it always be this easy? No, in fact, I think it will only get harder in due time. But, just as everything else in life, most things that are worth fighting for are not going to be easy. So, that is what we will do. We will find the place in our lives that fit her role in his life. We will have an open dialog. We will spend time together. We will have a relationship that does not fit a cookie-cutter image of what parenting looks like. We will be there, each of us, individually and together as a family to see that he gets the answers he is looking for and to see that he is exactly where he is meant to be.

So, if you are asking me why are birth mothers so important? This is why: Because they are selfless. Because they choose life. Because they change lives. Because they are radiant. Because they have a role to play. Because no matter what she shares a part of your child’s life forever. Because without one of them, I wouldn’t be a mother. There are no words to explain just how important our son’s birth mother is to us. Maybe you don’t have as close of a relationship as we do or maybe you don’t have a relationship at all. Still, that does not mean she isn’t important. She is important to the life she gave to the child you now call yours. I have several friends and family members who have adopted. Some have close relationships. Some have none at all. And some don’t even really know who their child’s birth mother is. In any case, in any event, in any situation, she is important because she created the life of another human being that you now have the opportunity to call yours. The magnitude of that is indescribable. It certainly reminds me of one of my favorite quotes of all time: “A child born to another woman calls me mommy. The magnitude of that tragedy and the depth of that privilege are not lost on me” ~Jody Landers

Let us never forget the tragedy and the depth of our privilege to raise someone else’s child.

Jessica lives in the Midwest with her husband and almost 4-year-old adopted son. She provides one-on-one assistance to her clients of a family law attorney, helping them get through the tough situations they find themselves in. She also manages the day-to-day activities and long-term planning. When she is not at the law office you will find her blogging at www.threeismyhappyplace.com. She finds passion in sharing their story of the gift of adoption. When she is not providing inspiration to others through her story, you will find her running the roads of Wisconsin, spending time with her family, exploring the United States, or reading her favorite book.