Buddy The Elf Was Adopted 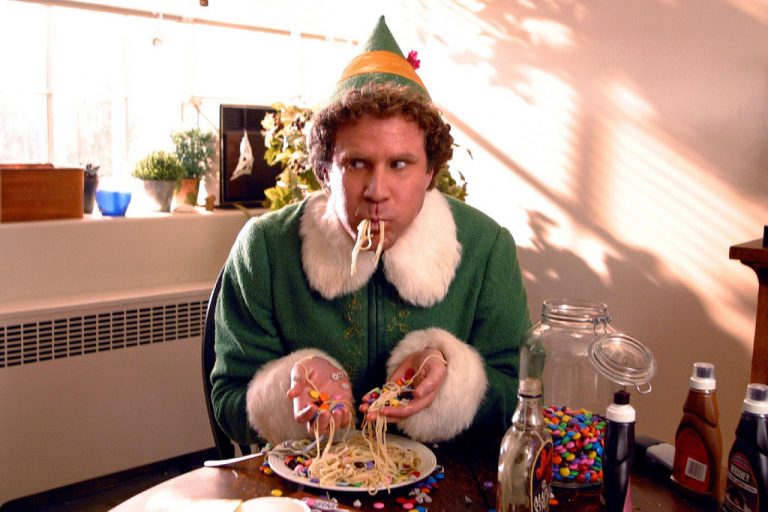 Buddy the elf has a lot of plans for his first day with his birth father whom he just met after over 30 years of not knowing he was in fact adopted. Elf is a hilarious Christmas tale of an elf finding out that he is human and going in search of his family that has quickly become a classic. Elf is a great example of an adoption journey. While his journey may seem whimsical and silly, he goes through many of the emotions adoptees go through when meeting their birth family for the first time. He also has to deal with the shock of learning he was not who he thought he was.

After overhearing that he was a human, Buddy is in a state of shock and panic. His Papa lays out the story of how he came to live at the North Pole after being placed in an orphanage when his mother passed away. Papa is very forthcoming with information about Buddy’s birth family. It is also here that Buddy has an answer as to why he has always felt so different from the other elves. The excitement of meeting his birth family increases as he decides to set out for New York City. It is Santa who wisely advises Buddy, as is true with many adoption reunions, that Buddy’s expectations may be very different than reality and to guard his heart.

After forging through the Candy Cane Forest, Buddy is taken off guard with how different New York is from his North Pole home. He is too trusting off all around him and finds himself very quickly in a series of hilarious predicaments. He does attempt to reach out to his biological father; however, due to the elf costume and the shock of it all, his father did not believe him and just thought he was crazy. Many adoptees may be able to relate to biological parents not believing or denying that they are in fact the parent. As often occurs in these situations, a DNA test confirms that Buddy is, in fact, Walter’s son.

Walter’s wife, Emily, is gracious and actually excited about the prospect of Walter having another son, so much so that she invites Buddy to live with them and their son in their New York apartment. Their son, Michael, is very hesitant to grow close to Buddy and is seemingly annoyed with his presence. Buddy however exclaims his high expectations stating, “I planned out our whole day: First, we’ll make snow angels for two hours, and then we’ll go ice skating, and then we’ll eat a whole roll of Toll-House cookie dough as fast as we can, and then to finish, we’ll snuggle.” As Santa warned, his high expectations were quickly grounded.

Throughout much of the movie, Buddy learns how to live in this new world and try to fit in, much like many adoptees may go through when meeting their biological family. He learns a lot about his mother and his heritage, though still feeling very different. He has a sense that he doesn’t fit in either world. The rest of his journey is about learning how to reconcile both worlds and find himself somewhere in the middle. Elf explores feelings and experiences of adoptees, birth parents, adoptive parents, and extended family. While it is a fun child-friendly Christmas classic, it does a great job at capturing the adoption journey for so many and explaining feelings in a very simple and light-hearted venue.

Lita Jordan is a master of all things “home.” A work-from-home, stay-at-home, homeschooling mother of five. She has a BA in Youth Ministry from Spring Arbor University. She is married to the “other Michael Jordan” and lives on coffee and its unrealistic promises of productivity. Lita enjoys playing guitar and long trips to Target. Follow her on Facebook.