How Can I Explain Adoption to My Child? 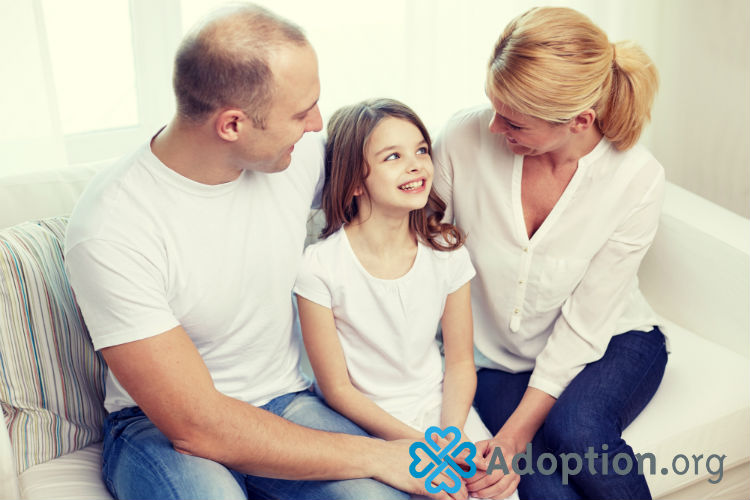 The best thing you can do for your child is to talk about their adoption early and often in language that is appropriate for his age. The idea is for it not to be a sit-down discussion about the adoption, but an ongoing story. In the beginning, you can just talk about how much you loved your child before he was born. You can say that while he was growing in another woman’s tummy, he was growing in your heart.

As the child grows you can add pieces to the story about where you were when you got the call that you were going to be a parent. If done correctly, the story will be every bit as exciting as a birth story that started when a woman’s water broke. I remember asking my parents to tell me my adoption birth story. It was very thrilling to hear how I became a part of our family.

I have known I was adopted since before I was born. That was much better than finding out one day when I was older. Late discovery adoptees usually feel a sense of shock and shame. As the child grows you can go into age-appropriate details about their birth parents. You always need to be as honest as his age will allow. You should not demean or disrespect his birth parents no matter what your opinion of them is. Adoption language has evolved over the years. You should use the phrase “placed for adoption,” rather than “gave up for adoption.” You don’t want to say that his parents didn’t want him. Instead, say they chose not to parent at that time.

Adoption sounds like a scary topic to tackle, but it doesn’t have to be. Keep the conversation fluid and let him know you are available to answer questions as they arise. Also, it’s okay not to have all the answers. As long as the child knows how much he is loved and that you are open to sharing what you know, everything will be okay.

What Can I Expect with My Parents Adopting a Child?