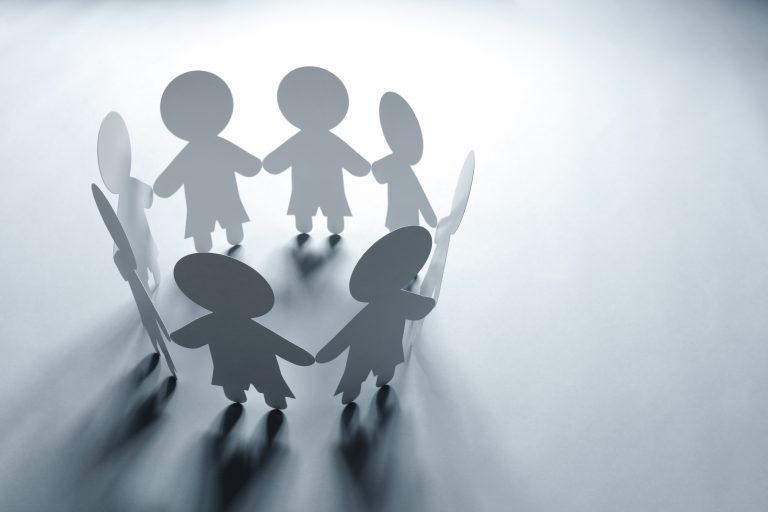 Tips for becoming a contributing member to the adoption community.

Maybe you’re an adoptee who is looking for a friend. Maybe you’re a birth mother who wants to support expectant mothers. Perhaps, you are a brand-new adoptive parent who is just now getting his or her feet on the ground. Maybe you’re someone who just wants to be an adoption ally in a community that needs extra love and support. No matter who you are, where you came from, or what your plans are for the future, you have a place in the adoption community. If you don’t know where to get started in finding that place, check out these helpful tips.

Storytelling is one of the most powerful ways to become inspired to action. Reading and hearing about other people’s experiences incites a desire in others to do something about it. If you are wanting to be involved in the community, then odds are you probably are or know someone who has closely associated with adoption already. Pull them aside and take some time to ask those individuals questions about those experiences.

People who were adopted bring unique life experiences to the table. Adoptees’ lives, in one way or another, were flipped around the day each was born or adopted. Adoptees have lived an entire life knowing that there is more, accepting identity, and finding a place in this new world. Approach each conversation sensitively and understand that not all adoptees will choose to be open about experiences. If they are, consider asking adoptees the following questions:

Birth mothers and fathers alike have experienced some of the greatest tragedies in the adoption process. Described as selfless and sacrificial, birth parents certainly bring experiences that are painful, but that can be learned from. Even biological grandparents, aunts, uncles, and children who were parented by a mother who previously placed a child can enlighten others of those experiences in adoption.

Adoptive parents can have some of the longest experiences within an adoption process. Whereas some expectant parents are thrown into the world of adoption a few months into a pregnancy, some adoptive parents had been struggling with infertility for years, maybe even a decade, before adopting a child. As with each member of the adoption triad, be sensitive to what an adoptive parent is willing or unwilling to share freely. Understand that the story may be personal.

Foster parents are a less-talked-about group in the adoption community, but still, play a major role in the process. Foster children who do not return to biological parents and become eligible for adoption are just as much identified as adoptees as the children who were adopted from birth. Foster parents see firsthand the trauma that can unfold from a foster care situation where a child has been through major mental, emotional and physical challenges. A foster parent can advocate for a child and help others see the faults and successes of the system. Here are some areas of discussion you might explore with a foster parent:

Before you can join a community, you should become at least somewhere schooled in the community’s language and culture. Even the adoption community has a specific language, laws (spoken and unspoken), and practices that are less heard of outside of the community. There is no need to let your experience of lack of knowledge of these topics deter you from becoming more involved, but it is definitely an area you should consider looking more into before jumping in feet first. Also, remember that just scratching the surface of these topics is good enough for now. You’ll continue to learn more as time progresses.

In the adoption community, there are certain words and phrases that can be considered insensitive if used in the wrong context. For example, when referring to the act of adoption, it is better to say, “placing a child for adoption” rather than “giving a child up for adoption.” Whereas the first phrase emphasizes the birth mother’s actions in the placement and a more positive intention, the second can come off insensitive and demeaning to the birth mother’s actions. You can learn more about positive adoption language in this article.

Learning to use positive adoption language will bring greater awareness to you and those around you of the community’s purposes and goals. The more you can use it and encourage it among your own community, the better.

Each state and country has different laws about adoption. While the process looks relatively similar wherever you go, there are always new laws and policies coming to light about the adoption process. More specifically, different policies regarding adoption advertisement, birth parent involvement, open and closed adoptions, foster to adopt situations, and international adoption are being discussed on a state and federal level.

The Congressional Coalition on Adoption Institute (CCAI) is one of the major players in adoption advocacy. The institution’s model states:

“CCAI is entrusted with the great privilege of bringing voices of experience and expertise–from foster youth in the United States to children living in orphanages around the world, from brain scientists to psychologists–to the active membership of the Congressional Coalition on Adoption (CCA) in the United States Congress.”

The CCAI has multiple programs, partnerships, and voices that are constantly advocating for and educating about what is happening in the world of adoption. Each year, CCAI recognizes an adoption advocate who has portrayed exceptional work.

The international adoption process is much more expensive and lengthier than most domestic adoptions. Because of the travel requirements and foreign laws regarding adoption, bringing an international adoptee and the forever family together is no simple task. It takes months, sometimes years of planning, preparing, and traveling before an adoption is finalized. This process creates a bond within the community that is unique from domestic adoptions.

The Foster Care System is constantly under scrutiny and legal changes. Again, the system doesn’t fall directly under the adoption umbrella but is it definitely a contributing player to the community. The children, parents, foster parents, and social workers who function within the system all contribute in one way or another to the adoption community. The number one goal in foster care is to reunite children with birth parents, but that is not always possible. By learning more about the system, you will see what changes need to be made, what changes are being made, and what role you can play in being a part of the good in foster care.

One of the best ways to get involved in the adoption community is to make an appearance. Nowadays, it is easier than ever to find people in similar circumstances who share the same experiences. Before the internet became a place for social media, the only way to find your adoption community was by word of mouth or an occasional encounter at an agency. This could cause adoptees, birth parents, and adoptive parents to feel alone when each member of the adoption triad wishes to talk about adoption experiences. Even when someone did have an encounter with another person of the same circumstances, more often than not, there were major differences in experiences (domestic versus international adoption, adoption versus foster care, infertility versus family planning, etc.).

Facebook, YouTube, and podcasts are three of the most popular platforms for the adoption community. Each of these spaces gives voices to like-minded individuals within the community and space to share ideas, best practices, and stories. Finding a Facebook group for an adoption community locally or nationwide is as easy as typing in “Adoption” in the search bar and selecting groups. You can then narrow your search by location. This can be a great resource for finding even more specific groups like birth mother groups, adoptive father groups, and even adoptees from specific countries.

YouTube is another common platform that specific influencers from the adoption community use to share their stories. One of the most popular adoption-related channels on YouTube right now is Mel Datugan. Mel is a mother of 2, one of which joined the family through international adoption. Mel is a lifestyle influencer who frequently updates her subscribers on her and her family’s experiences with her son’s adoption and adjustment to America from Korea.

A popular podcast that is often featured on Adoption.com is the Gladney University’s reFRAMED Podcast. Episodes of reFRAMED are published twice a month and feature different guest speakers who discuss with the host, Emily Morehead, “parenting skills, expectations, and practices from traditional parenting into mindful parenting.” The Gladney Center for Adoption began the reFRAMED Podcast to provide an adoption-related resource to parents and professionals in the community.

Online platforms will get you so far in connecting with the adoption community, but you shouldn’t stop there. You can’t always spot an adoptee from across the room, but you can find some help in identifying adoptees at your local adoption agency. Often, agencies will open and support groups of the adoption community at events and activities to keep camaraderie strong. There, you can meet others from similar backgrounds who may be facing the same challenges as you. Connecting with one another is a great source for friendships that can last a lifetime. You may even be the source of someone’s breakthrough in his or her own adoption journey.

If you’re a runner, you join a running group. If you’re interested in pottery, you go to your local art studio. But if you’re someone seeking to find your place in the adoption community, it can be a little trickier. It’s not like we wear signs on our foreheads or have a clubhouse for regular get-togethers. Regardless, your involvement in the adoption community is all up to you. Whether you are a friend or a family member, there is always space for more love and support in this growing community. Start a conversation with someone you know, become educated in the issues and current events about adoption and the community, and don’t shy away from online or in-person communities and support groups in your search. Before you know it, you will be the person extending a hand to someone else looking for a place in a worldwide growing family.

Courtney Falk was adopted at 3 days old. Growing up in a home where adoption was discussed openly, she always had a passion for sharing her story. When she was 18, she reunited with both of her birth parents and continues to have a positive relationship with each of their families. She went on to earn a Bachelor of Arts in English with an emphasis in professional writing. Since then, sheâ€™s had the opportunity to create and edit content in areas such as fitness, health and wellness, financing, and adoption. When she isn’t behind a book, you can find her dancing in the living room with her 11 nieces, attempting to cook, and tending to her extensive collection of house plants.