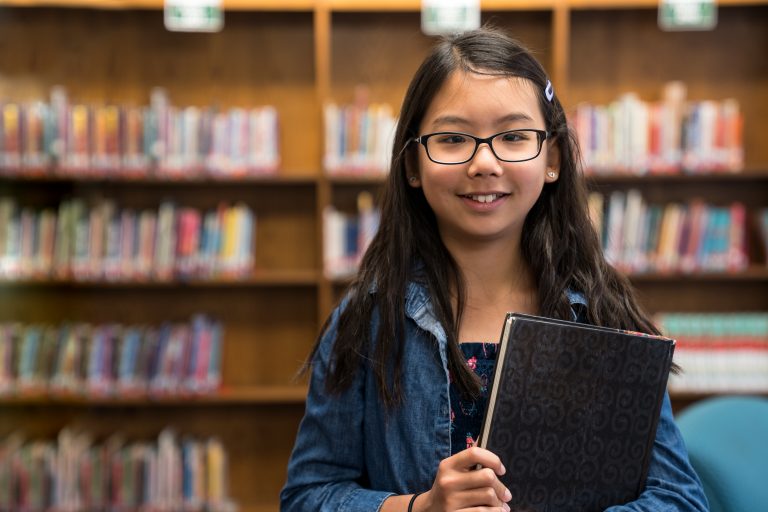 Prior to 1945, foster care was not typical. And in fact, our country still had orphanages prior to this time, which left children in unsanitary living conditions, particularly when they were overcrowded during the Great Depression. Due to this, and to provide better living conditions for children, the United States did away with orphanages and instituted foster care. Foster care is defined as “a temporary service provided by States for children who cannot live with their families. Foster care can also refer to placement settings such as group homes, residential care facilities, emergency shelters, and supervised independent living.”

Though foster care is necessary to help a child, there are some serious statistics about children in the foster care system to consider.

A common question asked is how did these children windup in foster care? This article will explain just that as well as offering you solutions to help these children and the families who support them.

Reasons Why Children Are in Foster Care

When children have to be removed from their homes, it can be traumatic for all parties involved, so it is not one that Child Protection Services and social workers take likely. They work hard to ensure that they’re doing what’s best for that child, and typically, a child is removed from a home because she is no longer safe in that environment for a myriad of reasons.

According to Tori, who worked for Children’s Services in Ohio, “there are many assessment tools to determine levels of safety threats, potential risk, etc., and often after using those ‘tools,’ the answer becomes clear on how the agency should proceed with recommendations to the court with every step of the case.”

Substance Abuse and How It Affects Children

If you talk to any social worker/adoption professional, they will likely credit substance abuse as the number one issue why children are removed from their homes. Data supports that the largest number of children who had to enter foster care in the United States were leaving homes where drug abuse was prevalent.

Kristen, who worked for child services in Indiana, explains that she saw many cases with substance abuse. She noted that not all of these cases were illegal drugs, but substance abuse can be in the form of alcohol and the overuse of legally prescribed medication. Kristen further notes that though not all parents who abuse substances may not be neglecting their children, the caregivers themselves also need to be in a safe situation.

According to speakupnow.org, “in 2017, 9 out of every 1,000 children in the United States were determined to be victims of abuse and neglect.” So though substance abuse is deemed to be one of the number one reasons that children end up in foster care, abuse and neglect are the second.

Unfortunately, this abuse isn’t always happening by a parent, but because the parent hasn’t taken actions to stop it, the child has to leave the home for his or her own safety. In some instances, reports of abuse and neglect have been reported in foster care as well.

One thing that social workers discuss is that of multigenerational neglect and abuse. People that were neglected and abused themselves are at risk to exhibit the same behaviors. Many social workers note that sometimes it’s hard for families to break the cycle of neglect and abuse. According to Kristen, “many families have generations that have been involved in the system.” Since some of these parents were in the foster care system in their own childhood or not protected from abuse and neglect, they may become a part of the cycle of abuse.

This does not mean that children who are victims of abuse or neglect are more likely to repeat that pattern; it just means that it is necessary for them to have a safe environment and get the treatment that they need to overcome this trauma.

Though most social workers I have spoken to note that abuse and neglect are the number two reasons that children are placed in foster care, not all stated that this was common in the families that they visited and worked with.

They Are in a Kinship Placement

A part of the number of children who are considered in foster care are in a kinship placement. A kinship placement doesn’t mean a relative necessarily (although that’s quite common as well). A “kinship” placement refers to someone who is close to the child and is sometimes a family friend, neighbor, and in many cases, a teacher. As the preference is usually to place a child with someone he knows, this can be a good option for children who have had to leave their own homes.

Though this is usually what is considered ideal, it isn’t always an option for children. And in some cases, it will prevent permanency, and many social workers noted that children can age out in a kinship or relative placement.

In kinship placements, there is often a move for legal guardianship if parents don’t relinquish their rights, and children can have a placement with someone that is familiar to them.

Their Families Have Fallen on Traumatic Times

It is interesting when talking to people about foster care because a common assumption is that parents have done something horribly wrong to have their children removed from the home, but in some cases, something tragic or illness has happened to a family that doesn’t relate to a parent’s ability to raise them or abuse or neglect. Though as mentioned previously, these are some of the more common reasons, there are also sometimes other reasons that are equally as traumatic and sad.

Though the statistics are shocking when it comes to child abuse and neglect in the United States, sometimes, there is just a tragedy that takes place where a child or children need a new living situation.

I heard from social workers of children who were raised by single parents that became seriously ill and could no longer watch their children as well as that of parents who had passed away. These situations are still very traumatic and are reasons that children may enter the foster care system.

Why Do Children Not Stay in One Placement?

Many children will be in multiple homes in the foster care system, and that is something that though may seem difficult, it is often due to unforeseen circumstances. According to Tori, when a child is removed, he or she needs somewhere to go. The place where children go first may not be where they are more permanently placed, but also, there needs to be an open foster placement that works for them. “I have seen so many foster families create such specific requirements for children that it is nearly impossible to find a placement,” notes Tori. “I understand that foster families can narrow down certain characteristics that they do or don’t want in a foster child, but there is no perfect child.”

Additionally, many children who have seen trauma may exhibit behaviors that become difficult for families who may not be equipped to help them or may affect other children living in the home.

“For the older children with adverse behaviors, group homes and residential treatment centers are typically where they will be placed,” says Tori. “It is not surprising that babies and young children are easier to place than older children that have lived in the trauma for a longer period of time and have the behaviors to show for it. While some group homes and residential centers do a phenomenal job, some don’t. Sure, the childrens’ basic needs are met, but they lack attachment, relationships, and other opportunities in some facilities.”

Almost always in foster care, reunification with parents is the goal. Though it isn’t always discussed, this is the most common outcome for children who have been in foster care: they go back to their parents or guardians.

People have mixed emotions when you discuss reunification, mainly because every person who loves that child will believe he or she is the best person to raise that child. Though many foster families are hoping to adopt placements, the reality is that this isn’t always the outcome.

Both social workers and foster parents that I spoke to expressed their frustration with reunification in that they felt that the legal requirements that parents and guardians had to meet to have their children back were too minimal. Others state that making this too difficult would set parents up for failure. Those requirements, according to Kristen, are typically a roof over their head, somewhere to sleep that isn’t dangerous (and she notes this does not often have to be a bed), food to eat, access to clean water, education, and access to medical care and treatment that is needed.

“Identifying underlying supports to ensure the success of the family and the safety of the children is essential during a case to ensure reunification is successful,” says Kristen.

This uplifting story about reunification is one of my favorites.

How You Can Help

I’m not here to say that you should drop everything and become a foster parent because that’s not for everyone, and in my opinion, it takes a special person or family to do that, but there are ways you can help.

Donate to a charity that supports foster children. There are many charities and agencies that can use monetary donations to help support their mission and children in foster care. Consider this when you’re making an annual donation!

Donate clothes, suitcases, stuffed animals, etc. If you can’t afford to contribute financially, a lot of agencies are seeking clothing, luggage for foster children to move their belongings, and stuffed animals and toys for children.

Help other foster families. If you know a local foster family, take them a meal, find out what items they might need in their home (like age-appropriate toys and clothes), offer to babysit, or just go hang out and talk!

Support local foster endeavors. My husband and I were moved to give to a local art studio, Spoonful of Imagination, which offers birthday parties to foster children and their families at no expense to them. If you can’t find a local agency or organization, this would be a great one to support. We’ve seen firsthand how meaningful these creative parties are for these kids!

For other ways to help, read this article.

Julia K. Porter is an educator, writer, and cultural competency consultant. She began her career as a high school English teacher in Brooklyn, NY, and has taught college courses since 2008 and has done nonprofit work. Currently, she is the project manager for Celebrating Cultural uniqueness at Tiffin University. Julia has a passion for diversity and in educating about the nuances of adoption as that is how she chose to grow her family. Julia holds a Ph.D. in Global Leadership from Indiana Tech, an MA in English Literature from Brooklyn College, and a BS in English Education from Indiana University/Purdue University-Indianapolis (IUPUI). Her personal interests include reading, writing, traveling and experiencing new cultures, and knitting. She lives in Indiana with her husband, Kyle, daughter, Brooklyn, and Australian Shepherd, Hunter. For more information, visit www.juliakayporter.com.