What If I Get Pregnant While Adopting? 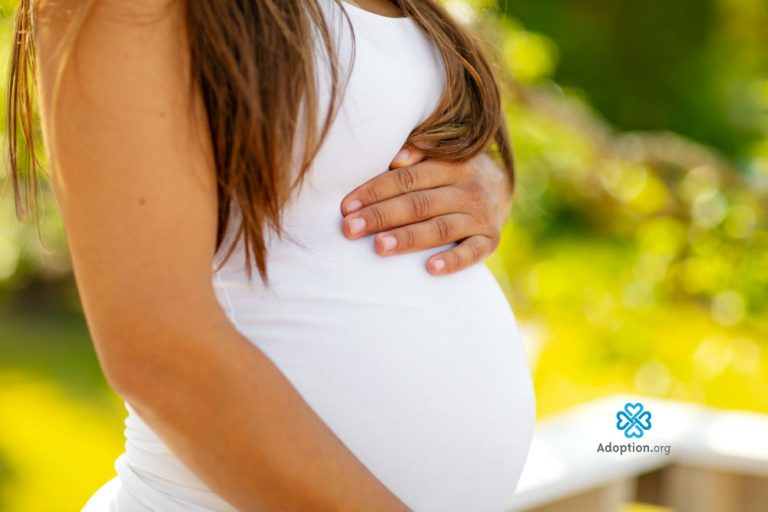 Couples and individuals consider adoption for several different reasons, which sometimes includes a difficult experience with infertility. The adoption experience can be a very emotional experience to begin with and adding the emotional factors that come with infertility, many think, what if I get pregnant while adopting? They leave the door open to the possibility of conceiving a child biologically. However, is there anything that can be done? Could my adoption fall apart or stop the process? What is the process if I get pregnant while adopting? I will remind all of the readers that this article is written from my personal experience and research and does not constitute legal advice. However, I will also state that the answer to this question is usually dependent on the agency you are working with. For now, let’s explore the answer to the question, “What if I get pregnant while adopting?”

This is something that will be dependent on your agency and what their policies are regarding being pregnant and adopting at the same time. I will tell you that when we first started the adoption process, I was pregnant after several failed attempts at artificial insemination. We were only attending the information meetings, but I knew we wanted to adopt whether I was pregnant or not, so we continued with the adoption process. We, unfortunately, lost the baby a few weeks later. We took a little break from completing the adoption paperwork to process emotionally and then started back up with the adoption process. Not to scare you, but then we waited another five years to be matched with our son’s birth mom. However, I can tell you that he was worth the wait. It was hard when going through the process and didn’t seem like it was ever going to happen. But it did, and it was worth the journey!

Again, the answer to this question is simply, it depends. If you are adopting domestically, it depends on your agency and what their requirements are. Some agencies have a requirement to wait a certain amount of time before adoption after the birth of a child. Some agencies “close” your adoption profile as a potential adoptive parent if you become pregnant during the process. Some agencies have a requirement that your youngest child has to be at least a certain amount of months apart from the child you are adopting. I am not going to recommend this is what you do, however, I have heard that depending on what stage of the process you are in, you do not tell the agency that you are pregnant. Again, I am not advising you in any way, that’s just what I’ve heard so you should check with your agency about that.

If you are considering adopting internationally, many countries have requirements related to the number of children that can be living in your home. Other countries also have regulations that require the children in your home to have a certain amount of months apart from each other. Your agency could also have certain requirements and lengths between the ages of the children in your home or the time between the birth of a biological child and bringing home an adopted child.

If you are intending to adopt from the foster care system, there may be some provisions regarding the adoption if you become pregnant. However, many states allow the foster parents to continue to pursue their licensing requirements if they become pregnant. They will have to update their home study to reflect the new child. If you already have a foster child in your home, which you plan to adopt, you may just need to discuss this with your social worker.

But why would some agencies not allow you to continue in the adoption process if you become pregnant? There are many reasons why they feel this way. Let’s look at a few of them.

It is important to allow time to adjust to the addition of each child. Bringing a child into your home can be an adjustment for all involved. Having a child join your family through the gift of adoption can require additional extra attention because the children may have come from hard places or difficult backgrounds. It is important to have bonding time with your child once you are home with him/her. Having children too close in age can make this bonding time more difficult. Along the same lines, bringing home a child through the gift of adoption too soon after the birth of a child can create an environment that is not always conducive to a healthy attachment for either child.

Those first few months at home are not only an adjustment for what life is like with a new baby, but they are also very important for the child’s development. The first year of the child’s life sees a lot of change and growth. Allowing for more one-on-one time with a parent is essential.

It is also just as important for the parents to adjust to the addition of each child. When you bring home a child it takes time to adjust to the new routine and life of being a family. Some parents need more time than others to adjust. Some mothers need more time for their bodies to heal. Some may experience postpartum depression and can feel very protective of their new baby. Having the addition of another baby could only make things worse.

What do agencies say:

I can tell you from our experience, our agency would have put our adoption on “hold” for one (1) year if we were to get pregnant while adopting. This is a lot of agencies’ policy, that your adoption be put on hold while you are pregnant and after the birth of your child. Some adoption agencies will take this situation case by case. If you are in the middle of the adoption process and have been matched with a birth mom, that birth mom may want you to continue with the adoption process, even if you become pregnant. However, if you are only in the beginning stages, they may ask that your adoption status be placed on hold while you adjust to bringing a child into your home. As mentioned above, some agencies have a policy to wait one year before being active on their waiting list, however, they may also have a policy that requires the youngest child to be at least 12 months apart.

I also have a friend who has been a foster parent for several years and became pregnant while they were fostering a child. They were able to keep the foster care child in their care because they had him since he was a few days old. They were also able to adopt the foster child after over a year of caring for him, as parent reunification was not possible in his situation. Again, the answer to the question, “What if I get pregnant while adopting?” is dependent on your situation and what your agency says about it.

Along the same lines, have you also been told that once you adopt, you will probably get pregnant? I have heard this statement countless times. In fact, it has happened to several people I know, so I know it is a possibility. It happened to my cousin, and it happened to my boss. They both went through the adoption process after several attempts at getting pregnant and after their adoptions were completed they became pregnant. Then someone told me that and I was offended. Not that I didn’t want to be pregnant, I did. But I also didn’t want our son to think he was some consolation prize we won at a second place contest. He was our son. The one created for us. We waited for almost six years for our boy to be ours. I didn’t need to get pregnant then to be a mom. I was a mom. Period, the end of it. I know many of you know how to be careful with your words when talking to others who have adopted or who have struggled with infertility. I will also add this to your list of things not to say to adoptive parents. I know it is not meant to be offensive or hurtful, but it does have a sting to it. Just like you shouldn’t ask people when they are going to start having children, you also shouldn’t suggest that they may get pregnant after they adopt. While there may be a chance that you do become pregnant while adopting or after adopting, know that it doesn’t happen to everyone, and that is okay too. Be aware of who you are talking to and use thoughtful words and sentences.

First-time parents may not know or understand what it is like to bring a child into their home. They may not know that it takes months to adjust to the new “normal.” They may not understand the sleepless nights yet. Or they may not know if either child needs extra attention, whether medical or emotional. I am not going to say it can’t be done, because it can be and it has been done. I am, however, going to side with most adoption agencies and suggest you put your adoption on hold while you are pregnant. Unless, of course, you are matched with a birth mom and that birth mom is open to still placing her child with you even if you are pregnant. In short, discuss your agency’s policy, discuss what you feel you could handle as a family, and know that bringing home a child changes everything. Also, know that life happens and you can’t plan for everything. So while you might not be trying to get pregnant while adopting, it might happen and you might have a tough decision to make: whether to keep your adoption profile active (if possible) or have it put on hold while you are pregnant. Whatever happens, know that I wish you the best of luck with your adoption and your pregnancy.