What Should I Know About Transracial Adoption? 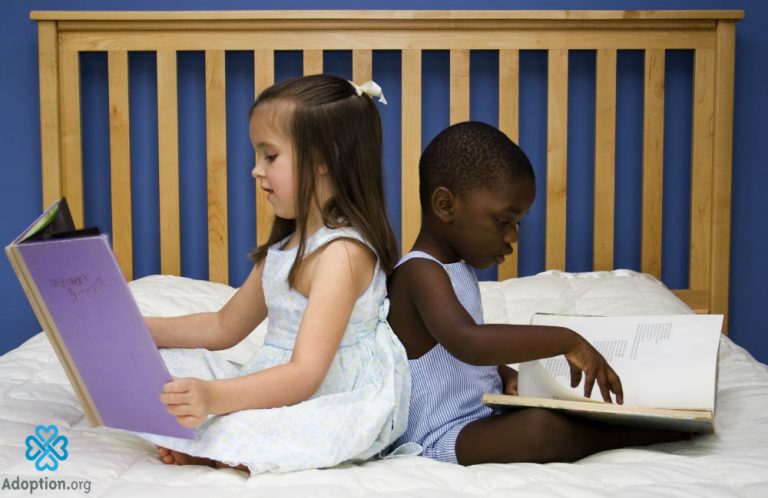 When my husband and I decided to adopt from China, we were fairly naïve about what it means to be a transracial family. Surely, love would be enough, and we would simply confront racism and prejudice wherever we came up against it. Three years and a second adoption (from India) later, I can say being a transracial family is complicated. It forces you to rethink your way of parenting and to reexamine your own racial biases and preconceived notions. Here’s what I’ve learned:

You and Your Child Will Be Conspicuous

We’re standing in line at Safeway and the clerk eyes my family up and down. He looks at my Chinese son and my Indian daughter. “I have to ask,” he says, “are they really yours?” Yes, of course they are really mine. “But are they, you know, adopted.” Yes, I reply, they are. “That makes more sense,” he says. “Because I thought those must be some crazy recessive genes.” Seriously? Wherever we go, my family is conspicuous. There is no more blending in. At the grocery store, at their school, at the pediatrician, at the playground, my children get looks. When I was growing up, I never had the experience of people looking at me or my family. But in a recent adoption survey, 54% of adult adoptees said they received stares while out in public with their family. That’s a lot for any child.

You Will Have to Put Your Child First

It was during my son’s first few months of preschool that he noticed color. “Mommy,” he said one day at pick-up, “How come I’m brown but not anyone else?” I glanced around the parking lot and realized that, shockingly, his entire school was white. He was 2 years old and already he knew he was different from the rest of his class. It was a tough decision, particularly as the school was associated with our beloved church parish, but we knew our son needed to be in a place where he could learn in a classroom filled with diverse faces. That’s what it means to be a transracial adoptive parent. Of course we all want what’s best for our kids, but as a transracial family, that can mean switching schools, moving to a more diverse neighborhood, and even limiting contact with certain friends and family members whose views might have a negative impact on your child. I know my parents never  needed to consider this when I was growing up.

You Will Never Fully Understand

You Will Need to Move Outside Your Comfort Zone

I’m sitting at a local high-school auditorium as one of a handful of white faces in a sea of Chinese families. It’s my first Chinese New Year, and I feel like a fish out of water. Mandarin, spoken with unbelievable speed, flurries around me. “Ni hao,” I repeat again and again like a broken record. I am utterly out of place, and my son is utterly on cloud nine. As a transracial adoptive parent, I have to seek out opportunities to celebrate my son and daughter’s cultures. I have to find ways to provide racial mirrors in our community. That may mean connecting with other adoptive families that look like ours or seeking Chinese and Indian play groups where my son and daughter may find mentors. Even when it would be so much easier to stay in my comfortable social circle and not expand my horizon, I must. We go to different churches, temples, and mosques. We celebrate both Holi and Chinese New Year. We rethink our preconceptions of race and ethnicity, because our children are not like us. They never will be.

And that’s the most important thing to understand about transracial adoption. Your children will never have the experience you did growing up. It’s impossible. But that knowledge can be power. Because the sooner we are able to accept cultural diversity, the sooner we will be able to help our children navigate their way to a successful future. And that is a beautiful thing.

What Are Questions to Ask About a Foster Placement?