How Do Men React To an Unplanned Pregnancy? 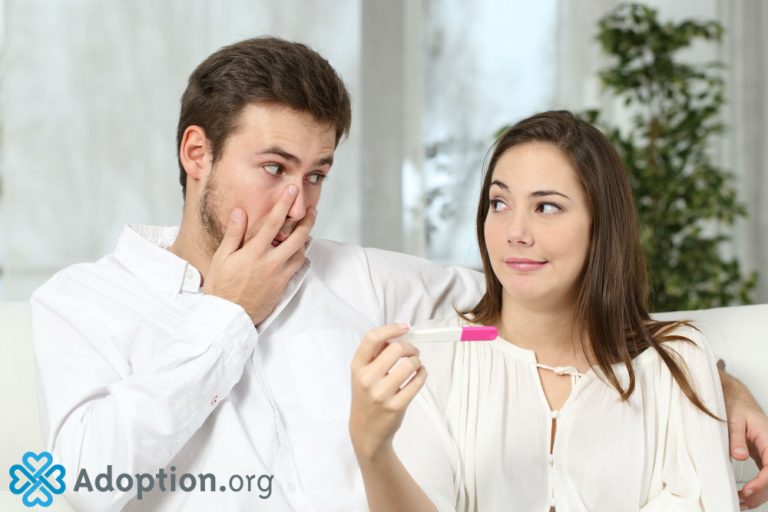 “Surprise, you are going to be a daddy!” For every man who hears those words unexpectedly; he will experience some initial shock. Then the reaction, and one thing is obvious, not every man’s reaction will be the same. I have witnessed many different reactions to unplanned pregnancies. I wanted to gain more insights into how a man actually feels after finding out about an unplanned pregnancy. I conducted five interviews with different men who have experienced it. Collectively, here are the common reactions they expressed.

An unplanned pregnancy can result in pure happiness. Some have always had a great desire to become a father. Regardless of feeling ready or not, the joy of being a father can completely consume a man and dictate his actions in the best way possible. A baby can also spark many different changes and ambitions within a man, including elevated motivation and purpose. In these instances, it seems to allow a man to be more supportive of the pregnant mother, which creates an amazing environment for the baby to grow. Most of all, they will be willing to do anything to become a great father and provide the best for their unexpected baby.

I asked a man about his reaction when he found out his 18-year-old girlfriend was pregnant. He was also 18 years old at the time, and they both had just graduated from high school. They had been dating for almost a year, and definitely weren’t expecting the news of a pregnancy. He said his initial reaction was silence because of the great amount of fear he felt. It seemed overwhelming and quite difficult to process. He didn’t feel ready or as though he was financially stable enough to bring a baby into the world. He was afraid to fail as a father and as a partner. Through lots of family support and bonding with the mother of his child, his fear eventually subsided.

I have witnessed a man become very upset after learning the news about the unplanned pregnancy. He was so upset about it that he demanded an abortion. Another man I interviewed explained about his own personal anger, and why he was upset after hearing about an unplanned pregnancy. He said, “I was 20 when I found out that I got a lady pregnant. We only slept together one time. I knew my life was going to change. I was selfish and immature at that time. I wanted my freedom. I didn’t want to be tied down with this woman I barely knew and have to take care of a child with her. I was so mad and felt like my life was just ending. It took me awhile. I feel bad that I was so angry because now my child brings me so much joy.”

A man may completely reject the news of an unplanned pregnancy. He may affirm that it isn’t true, or he may declare that the baby doesn’t belong to him. In other words, he may dismiss the news completely because due to refusing to process reality. In these circumstances, a man may separate himself from the situation, both physically and emotionally. He may completely disappear. The reason is that if he runs away from the situation, then he won’t have to deal with it at all. In these sad circumstances of denial, a man is choosing not to accept his responsibility.

I know personally, an unplanned pregnancy is an extremely emotional experience. When confronted with the significant and shocking news, he can react in countless ways. One observation I made is that independently of the man’s reaction, the support received can tremendously influence his growth.

Heather Mitchell courageously became a birth mother in 2014. She is inspired to personally share how open adoption has incredibly impacted her life. She shatters the common misconceptions about birth mothers and desires to provide a beautiful and unique point of view. Heather enjoys her grind as an administrative specialist for a millwork company in Wisconsin. While dedicated to her profession, Heather believes her most important job in life is motherhood. Her three children keep her busy, yet extremely overjoyed and purposeful. Her free time is spent reading, writing, or admiring the view of Lake Michigan, which can be seen from her front porch.