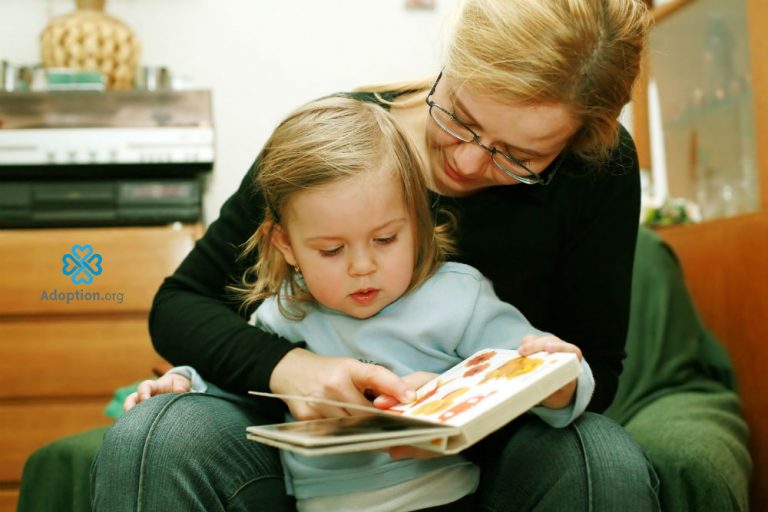 Are open adoption agreements legally enforceable? Well, the not-so-simple answer is yes…and no. Clear as mud? In order to explain this adequately, a definition of the term “open adoption” is needed.

According to Childwelfare.gov, “Open adoption is a form of adoption that allows birth parents to know and have contact with the adoptive parents and the adopted child. Adoption agencies or professionals you talk with may describe open adoptions differently.”

In the event that the adoptive parents feel that contact with the child’s birth family is no longer in the best interest of the child, they may choose to terminate the contact. Usually the birth parent’s situation becomes too unsafe or unstable to continue contact. There is no cookie cutter format to an open adoption. For my family, open adoption looks like letters and pictures once a year, with annual visits should the birth parents elect to do so. These guidelines were requested prior to placement, and we agreed. Another family I know celebrates birthdays and some holidays with their child’s birth family. Still another family lets the birth mother come to their house and do special things with the adopted child.  Again, there is no cookie cutter form of open adoption agreement.

What Open Adoption Agreements Are Not

In an article about open adoption agreements, the author wrote,

“In most states, post-adoption contact agreements are not true contracts. That is, they are not legally enforceable. Even if both parties sign an agreement with the agency to an open adoption, the contract can be broken at any time without legal consequences. When a contract agreement through an agency is broken, typically the agency will reach out to the other party and request contact. If they refuse, sometimes the agency will not work with them should they try to adopt again. This is all they can do.

Nevertheless, some states do allow legally binding open-adoption contracts. This means that if the contract is broken, a judge can order the contact to be made. This typically only applies when adoptive parents withhold the photos or visitation promised in the contract. Birth parents are not usually ordered to have contact.

If the adoptive family refuses to make contact even after a judge has ordered it, there are potential charges and fines. Even so, most of the time adoptive parents are not punished for breaking the contract. …Regardless of the law, the moral thing to do is to continue the contact that was originally agreed to as long as both parties are healthy and safe.”

The concept of a legally enforceable open adoption agreement is relatively new and can vary from state to state. The birth parents typically need to begin the process, but it can be costly to do so. Generally, it is up to the judge to interpret and enforce. This adoption and birth mother blog emphasized some important points about post-adoption contracts:

“It’s also important to remember that post-adoption contracts are not the same as ‘custody’ or ‘visitation’ agreements you’d see in traditional family law that involves two parents that are not together. You do not retain any parental rights once you have relinquished a child for adoption. They have been terminated. No amount of legally enforceable open adoption laws can change that. No amount of legislation to make more open adoptions stay open can change that. You will not be fighting in court for your ‘right’ to visit your child. You will be fighting to have a contract enforced. This is contract law mixed with adoption law. …A judge has the right to alter the contract, change things using his best judgment, or void it altogether. So, while ‘legally enforceable,’ they are also ‘legally voidable.’”

In the U.S. today, there are 29 states, plus the District of Columbia, that allow for legally-enforceable, mutually determined agreements that stipulate type and frequency of visits between birth families and adopted children post finalization. The details of these contracts are discussed by the birth families and the adoptive families during the adoption process and are written into a legal contract prior to the placement and finalization of the adoption. Every state has its own regulations on who is affected by the contract and how it must be enforced. Some states base how enforceable the agreement is on a variety of factors: adoption type, age of adoptive child, nature of contact, who has visitation rights, and the relationship to the adoptive child. Most states’ adoption statutes allow post-adoption contact or communication between birth parents and the adoptive child. Some states even allow other birth relatives who have significant emotional ties to the child to be included in the agreement, including grandparents, aunts, uncles, and siblings. Because it can be so difficult to understand and visualize the disparity, ChildWelfare.gov lists a few examples of how individual state statutes may look:

“Utah and Vermont limit agreements to children who have been adopted from foster care. Wisconsin limits such agreements to adoptions by stepparents and relatives. Indiana limits enforceable contact agreements to children ages 2 and older. For children under age 2, non-enforceable agreements are permitted as long as the type of contact does not include visitation. Alabama permits postadoption[sic] visiting by a child’s birth grandparents only when the child has been adopted by a stepparent or other relative. Oklahoma allows postadoption[sic] visitation by a birth relative only when the child has resided with the relative prior to adoption.

…Minnesota permits former foster parents to petition for contact privileges. In California, Minnesota, and Oklahoma, when the case involves an Indian child, members of the child’s Tribe are included among the eligible birth relatives. In 13 States, visits between siblings who have been separated by the adoption may be included in an agreement. …Seven States require the written consent of the adoptive child who is age 12 or older. In seven States and the District of Columbia, consent must be obtained from the adoptive child if he or she is age 14 or older.

…North Carolina’s statute, while providing that such agreements may be entered into by a person giving adoption consent and a prospective adoptive parent, specifically states that contracts are not enforceable and cannot be a condition for consent to the adoption. Ohio, South Carolina, and South Dakota specifically state that mutual agreements for contact are nonbinding and non-enforceable. Tennessee leaves decisions about contact and visitation with birth relatives to the sole discretion of the adoptive parents.”

The autonomy of each state is amazing and a bit confusing. Those seeking to adopt or place for adoption should consult with their adoption agency or adoption lawyer to obtain a clear picture of their state’s regulations on open adoption agreements.

The Difficulty in Enforcing an Open Adoption Agreement

What is a constant among all states is the fact that the breaking of a post-adoption agreement cannot be used as grounds to revoke an adoption or to relinquish the parental rights of the adoptive parents. In any case, getting the agreement to be enforced takes money, time, and an understanding of your state’s law. You must also convince a judge that the contact was severed without just cause, something that is quite hard to prove. It will be the word of the adoptive parents against the word of the birth parents. At the time of adoption finalization, the adoptive parents are irrevocably named the adopted child’s legal parents. Birth certificates are changed, and biological parents’ rights irrevocably severed.

Another reason open adoption agreements are largely not legally enforceable is for the simple fact that no one knows what the future holds. Most adoptive families enter the adoption with every intention of keeping the contact promises that they made to the birth families prior to the adoption. However, life happens and sometimes things just do not work out. Sometimes, either the birth family or the adoptive family may move to an area that makes face-to-face contact impossible or extremely difficult. It is not that they do not want their child to have in-person contact with their family—it just is not feasible.

Most adoptive families understand the importance of an adopted child maintaining a relationship with birth family. However, there are many instances when the adoptive family must make the difficult decision that severing or limiting contact is in the child’s best interests. If the lifestyle of the birth family or the choices they make are deemed detrimental to the well-being of the child, the adoptive parents must do what they feel is best for THEIR child. And that is the crux of the whole discussion.

Whether you are the one placing the child or the one adopting the child, there are a few things that you should consider. First, know your state’s adoption laws. It is important to ask your adoption professional what is to be expected because each state is so vastly different.

You should also make your expectations very clear when you are speaking about post-adoption contact with expectant parents. They have thoughts and concerns as well. Make sure you address their concerns clearly, but be willing to be flexible with what you will consider for post-adoption contact. It is important to not agree to something that makes you uncomfortable or that you feel is unrealistic.

More often than not, open adoption is considered to be in the best interest of the adoptive child. However, it is a situation that can be a fluid and that may change over time. Open adoptions may close, and closed adoptions may open. No matter what, you should endeavor to keep your end of the adoption agreement. Remember that these things are not done for your benefit, they are done for the benefit of your child. Sometimes it may seem like a terrible inconvenience to craft letters, print pictures, or even plan visits.  While the legality of open adoption agreements has much room for interpretation, whatever you agreed to during the pre-placement talks, you are honor bound to keep them as long as the situation remains in the best interest of the child.

Through the above discussion, you can see why the answer to the question, “are adoption agreements legally enforceable?” is yes…and no. There is no black and white answer because there are no cookie cutter adoptions.

Virginia Spence and her husband Eric are parents to two awesome little boys who joined their family via domestic infant adoption. When she is not playing referee or engaged in tickle wars, Virginia can be found cleaning, reading, or drinking giant mugs of coffee. Virginia is passionate about advocating for life at all ages/stages and educating about adoption.