The Perspective of an An Adoptive Father on Adoption 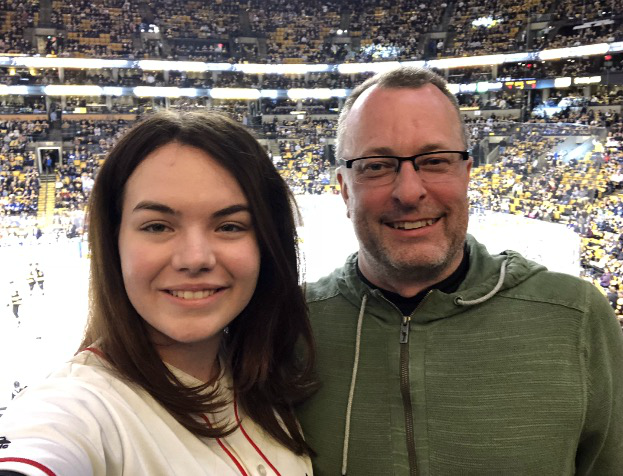 “Adoption is giving someone who doesn’t have stability and support, unconditional love, and ultimately a family to thrive in.”  Chris Mann provided the perspective of an adoptive father.

During their time with Alana, she often lied about her living situation. Her birth parents wanted to keep their real lives under wraps. However, Chris and his wife knew something was amiss when Alana began to run away from home. After a little investigating the Mann’s learned of Alana’s great need: a family. In the beginning, they were afraid of how to approach and help Alana. They feared if the state took her away, then they didn’t know where she would end up. They grew to love Alana and wanted to give the best that life had to offer. With no children and plenty to offer to a child, they decided to pursue Alana’s adoption. She was searching for refuge and stability, and the Mann’s could offer it. Chris’ perspective was about giving her a place of love and hope.

While talking with Chris about his pursuit of Alana, all I heard in his voice was love and grief. Grief over what his daughter had experienced. At times, fear at the thought of Alana’s age and the possibility of her placement in the foster care system where they could not locate her, and where she could remain due to the low response to adopting teenagers out of foster care. I could also hear a great sense of love and pride as Chris described all that happened in Alana’s life that brought restoration. From Chris’ perspective on adopting Alana, he knew it needed to happen.

Chris and his wife Kris gave Alana the best the world had to offer. They immediately helped Alana get caught up in her education—I know because I personally tutored her in Geometry and early Calculus. Alana graduated from High School and went on to Gordon College, where today she is set to graduate this year, with honors. She ran multiple programs to aid the underdogs of society; she received awards and media features. However, the most important accomplishment that Alana has achieved is finding a place in her forever family with the Mann’s.

Chris is an adoptive father who opened his heart to love a hurting teen along with his wife. They were willing to fight through the pain of loss that their child would feel. They were willing to look not only for a child who was young but open their hearts to a teenager who was right in front of them in need. Chris believes adoption is not just a gift to the child, but one to the parents who get to venture through life seeing that love is a powerful source of healing, for not just a child, but also for adoptive parents.

As an adoptive father, Chris has given his perspective so beautifully, adoption is giving someone who doesn’t have stability and support, unconditional love, and ultimately a family to thrive in. Maybe today you are the source that can bring a child stability and love. Maybe you could be a person or couple who could open your heart to a teenager and give her a forever family.

For more information and stories based on themes in this article visit some of the links below:

Jacqueline Turner is a worldwide sensation. She is a graduate of William Jessup University and is currently finishing her master’s degree in leadership at Western Seminary. She has worked with foster, adopted, and homeless youth helping to restore their lives. She has been featured worldwide on radio shows, podcasts, news stations, and in a film called My One Christmas Wish which tells her own story of fighting to have a family. Jacqueline has a passion for teaching people to come close enough to see the story behind the scenes.

Why Should I Choose Adoption for My Child?

What Is the Process for Adoption in Michigan?