How Do I Talk To Potential Birth Parents? 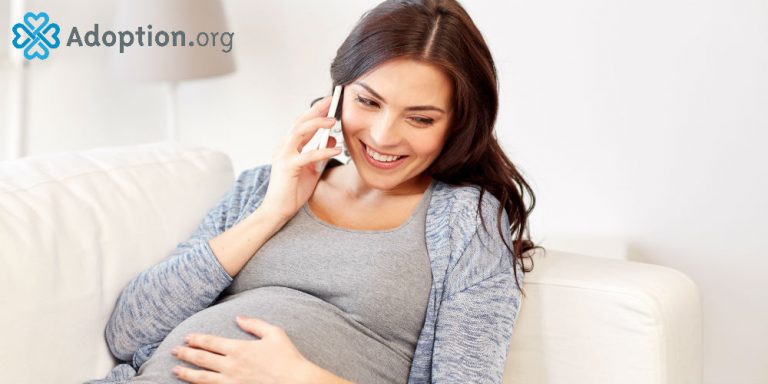 We didn’t have any discussion with my daughter’s birth mother before we adopted her. It all happened in a whirlwind, so we didn’t have time to develop a relationship and get to know each other before that life-changing moment. Since then, we’ve had opportunities to talk to potential birth parents before placement. It’s been everything you think it’d be—exciting, nerve-racking, scary, overwhelming. The one thing that grounded me when I felt overwhelmed with so many emotions going into a conversation was that I just needed to remember … I’m just talking to a person, and all I need to do is be me. I cleared my mind and tried to focus on that. One. Person. Not the little human she was carrying, but her. Only her.

My fear with adoption is that people only see the beauty in it and forget, or fail to acknowledge, that there’s a mother facing the hardest decision imaginable. For those who have adopted already or who are in the process of it, I hope that this is in the forefront of your mind. But sometimes, I know, it’s not. I’ve felt great heartache from hearing my friends, who are birth mothers, explain their pain. In their words, I knFow that their mere words will never be adequate in explaining how they truly feel. How could they? Honestly. I don’t think the English language has the words to express the feelings a birth mother experiences. So, as we approach adoption, and as we communicate with expectant mothers and fathers, it’s crucial to remember that they are real people sacrificing an actual, literal, physical part of themselves.

Remember that golden rule you learned as a child? Treat others as you’d like to be treated.

There’s no need to complicate something so simple. Treat others the way you want to be treated. Talk to potential birth parents like you’d want them speaking to you. Treat the birth mother with respect and love. Be sincere in your words and your intentions. And remember, even though this potential birth mother is deciding if she’s going to choose you or not … it’s not about you. It’s about a relationship, and relationships involve at least two people. So ask questions too. Get to know these potential birth parents.

Before our son was born, we were communicating with a birth mother. She had already delivered her baby and was looking for a family. She contacted us via email, and after emailing back and forth a few times, we decided to Skype. I remember being so incredibly nervous to see her and talk to her for the first time. I mean, with email I could re-read and edit. But when you’re talking in real time, I could maybe be a big idiot and she might not like me.

Guess what. I focused on her, and I was just myself. And good news—we loved each other! We continued to email and Skype for a few weeks. Talking to her began to be something I really looked forward to. She asked us questions that were important to her, and even if we thought she may not have the same opinion as we had, we were honest. Always. She and I had so much in common it was ridiculous. We laughed a lot when we would Skype, and I found myself growing a deep love for her. A sisterhood was being forged between us, and when plans were made for us to adopt her baby and for her to remain in our lives, I was so excited. I really felt that we would have a really close relationship, and I loved it. I loved, loved, loved her.

We had the opportunity to talk to the birth father as well. He was so great. He was totally supportive and wanted whatever she wanted. He asked us his own questions, and we shared with him how we felt about adoption, family, religion, etc. They planned to stay together but were just not in a situation where they could care for a baby. Not only would this birth mother be in our lives, but this great birth father would be too. It seemed so perfect. We talked to them like friends, and that’s what they had quickly become. We trusted one another. I felt as if I had known her, in particular, for much longer.

Ultimately, the adoption didn’t happen. Her own mother put the pressure on and said she would raise the baby, and that was it. I remember that Skype session when she told us the news. We were sad. I felt empty and numb. I mourned the baby girl we would have had in the bassinet next to our bed. But I’ll tell you, in those moments when she was speaking to us, I was more sad for her and for the lost relationship we had built.

My husband and I tried to comfort her during this time because she was confused and upset. I worried that she was so uneasy with this decision, and I really wanted her to feel peace. The conversation ended the best way it could have, but we knew our relationship with her wouldn’t continue. Oddly, as heartsick as I was about having been planning and preparing for this baby girl, I was devastated to say goodbye to this birth mother. I loved her. We had had some really fun and carefree laughing moments, but we’d also shared some really personal, deep feelings. We shared so much in those few months.

Months later, another expectant mother contacted us via email. Though different, building that relationship with this expectant mother was the same process. We treated her like we’d want to be treated, even knowing that at any moment it could end. We were prompt in our responses to her emails. We were engaged and asked questions so we could get to know her. Those emails turned into phone calls where we’d sit in the bedroom, away from distraction, and chat for some time. I remember being so nervous, but once we were on the phone, it was fine.

We met at a park and had a really great time. At this point, it wasn’t just about parenting techniques, where we live, and how we approach education. We talked about silly, random things. Again I found myself more attached to her than the idea, even, of an adoption. This time, when she told us that we would be her son’s parents … it actually happened. About three months later, I was in the delivery room with her as she delivered our son. It was beautiful.

It really doesn’t matter the outcome. When you open yourself up and allow potential birth parents to look at your profile, you must be real. You must be honest. Build a relationship by answering and asking questions. Talk about things outside of adoption. You may be surprised at just how much you have in common, and perhaps, just perhaps, you’ll fall in love with this woman and those who love and support her too. I can honestly say that I have learned and grown to become a better person because of my interactions with all the birth mothers we have had the privilege of talking to—no matter what they decided in the end. A kind, honest, and heartfelt email or conversation is never wasted.

How Does Adoption San Diego Work?

How Do I Incorporate My Child’s Culture into Our Lives More?

What If I Have a Failed Adoption?

How Do I Make an Adoption Plan For My Child?