What If I Have a Failed Adoption? 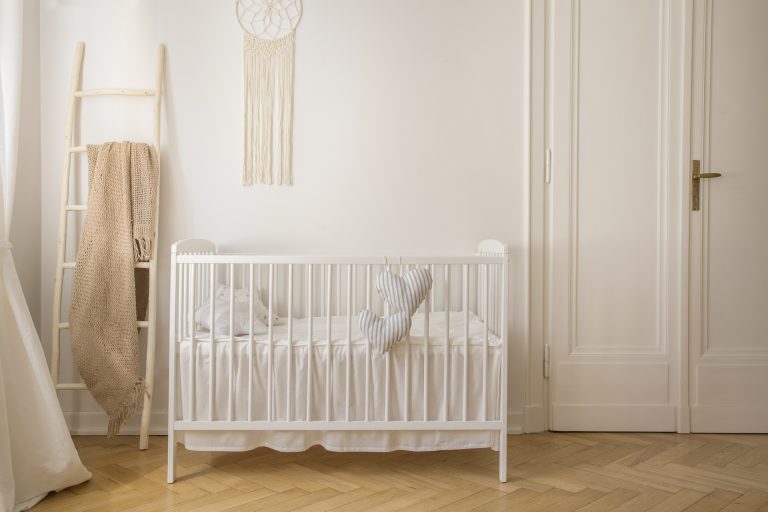 What if I have a failed adoption? That is a primary question and concern of parents wanting to adopt, especially relevant to domestic adoption. What if the birth parents change their minds? This possibility and reality is something that should always be addressed to the adoptive families. What do the words “failed adoption” mean? It is anytime a planned adoption doesn’t take place. This can occur for a number of reasons. Some of which are: the birth mother decides to parent, an adoption scam, a birth father decides to parent his child, or any type of coercion. In the midst of all adoptions, though, it is vital to remember the importance of birth mothers and their grief and try to make your feelings secondary.

According to an article from The Atlantic, “birthmothers are doing a very selfless and generous thing when they decide they are unable to parent and place their child with wanting parents. It is a decision made out of big, big love for that child.”

For the “adoptive parents” who have just lost their baby, they may equate it to death. The article reinforces how everyone handles grief differently, and that is okay. There is no right or wrong way to grieve. Couples may handle their grief differently, but the important thing to remember is to be there for each other. Recognize what your partner needs to best work through the grief, even if that is different than what you may need. The other important thing to acknowledge is that acceptance takes time. Time. It will take time to process your grief; it isn’t something that can just be ignored or brushed aside. The failed adoption will forever be etched in your memories, with the memory of grief popping up at unforeseen times.

My husband and I personally went through a failed adoption, and it was a very emotional and painful experience. We now have two children through adoption, but prior to that, we went through the adoption process that ended with a failed adoption. In 2012, we had been married for almost two years and wanted to start our family. We were dealing with infertility, but I had also always wanted to adopt. We started the adoption process for domestic infant adoption. We completed the entire process and entered the waiting process, waiting to be chosen by a birth family. We waited several months and got “the call.”

“Getting the call saying that an expectant mom has chosen you to be the parent of her child through adoption is the adoptive parent equivalent of a positive pregnancy test. Finally, your dreams of parenthood are coming true!” I still remember vividly, although many years later, getting this call. I was at work and in a meeting at the school where I worked. The caller ID identified the call from our social worker so I stepped out to answer the phone. She said there was an expectant mother that liked our life book and wanted to meet us. We quickly arranged the meeting.

This blog shares the domestic adoption process in a very realistic way. It tells of the process, answers many questions such as what is the timeline for being matched, includes interviews from adoption agencies and families, signs that might indicate a potential failed adoption, and a woman’s personal story of her failed adoption. The adoption process includes the prospective adoptive parents finding an adoption agency or attorney and completing a home study and life book to share with expectant mothers. The expectant mothers will review the life books and chose the family she would potentially like to place her child. If both parents and expectant mothers are in agreement, they will then be “matched.” When the child is born, the expectant mother makes the ultimate adoption decision and signs relinquishment papers after the required time established by the state. The mother always has the right to change her mind about the adoption plan until the relinquishment papers are signed.

Our adoption agency showed life books to expectant mothers who were in their third trimester. After we received our “call,” we arranged a meeting with the expectant mother and met her the following week. Our meeting was led by our social worker from our adoption agency and we tried to keep the conversation as light as possible. However, you could tell she was nervous and we were nervous. Later that evening, we received a call from the social worker that we were officially “matched” with her and she was due in approximately two and a half months.

Signs shared in the above blog which might indicate the match might fail are very broad and not true in every situation. Some of the signs mentioned include: family, especially the expectant woman’s mother not being in favor of the adoption, the birth mother has not shared plan with birth father, the age of the expectant mother is younger, and the match is made early in pregnancy.

This article shared a heartfelt tale of a family’s journey through five failed adoptions. They were matched several times, one which was a scam with the woman not even being pregnant. Another, they were able to experience the baby’s birth, took the child home, and then the birth father appeared and wanted the child. Thankfully, the story has a happy ending, and they now have a 4-year-old son. But, the “haunting,” as she refers to it, is still there. The haunting of those losses is always in the back of her heart—the haunting of truly believing her son is hers now and forever. “Adoption is not for the faint of heart.”

Once we were matched with our expectant mother, we both agreed to share emails and phone numbers. We started chatting back and forth and she asked us to meet her sister. We eagerly agreed and went to her home town to have lunch with her and her sister. It was a good meeting and the sister seemed to be very supportive of the adoption plan, part being so the expectant mother could continue her education. Throughout our wait, she would send us doctor updates and let us know how she was feeling. During this time, we continued to prepare ourselves and our home to become parents and “nest” to ensure the nursery was ready.

There is no right way, no wrong way, to prepare for a baby, or “nest,” as it’s sometimes called. Some find it therapeutic to have the entire nursery ready even before they are matched with an expectant mother. Others find that emotionally too difficult and wait as long as possible; they buy the bare minimum baby items until the baby is within arm’s length. Some have baby showers prior to the adoption. Others wait and have a “meet and greet” with the child after the adoption. The article also presents many positive activities to do during the nesting period. These include journaling, preparing your home, staying in communication with your adoption agency, caring for yourself with nutrition and sleep, and spending individual time as a couple, as that will drastically change with a child. Their ending advice says it best: “while the wait can be challenging, stressful, and frustrating at times, try your best to make the most of it” (Adoption Star).

During our waiting period, I definitely nested. We created the nursery. We set up the crib, car seat, got the needed clothes and diapers, and even had a small baby shower from my work. We were ready to become parents.

We were very excited during the nesting and waiting period. We continued to prepare during the time. We were getting excited but tried to protect our hearts at well. I continued to text with the expectant mother and she gave me doctor updates. We knew she was going to be induced on a certain date if the baby didn’t come before that. Everything seemed to be going well.

It was devastating, it was like a death. We had already planned for time off of work, so instead of taking our baby home, we took time with family, trying to distract our minds and hearts. It was wonderful how many family and friends supported us during this time. We all handled the grief differently, but it also brought my husband and me closer.

There are multiple ways to cope with a failed adoption. It recommended to grieve, accept help, don’t try to figure it out, deal with the child’s room in your own way, get out of the house, express your feelings and go slow. Yes, you will grieve and it will be different for all those involved. Accepting help from family and friends, from meals, or from someone to listen, it is all so very important to surround yourself with help. Trying to figure out “what did I do wrong” was something that I struggled with initially. It is impossible to know why and how decisions were made, could I have changed the outcome, probably not opening the door to the nursery is not easy. It was decorated with love for the child that did not go home with us. I chose to close the door and not go in that room for quite a while. Eventually, you are healed enough to know that there is probably another child that will be our child and who is waiting for us. Expressing feelings is something that many struggle with, but it is a genuine relief trip. Take your time to heal, it is an individualized process and cannot be hurried or shamed. Take the time you need.

There are also things you can do to support a family you know who have experienced a failed adoption. There can be several ways to support families, including giving permission to grieve, enter their brokenness, set aside the judgment, and do not use their adoption story to share negatively with others. Personally, I feel that is probably the most important. If you did not personally experience it, it is not your story to tell and do not pass judgment.

But that was not the end of our story. As I mentioned, we have two children through adoption. We adopted our daughter domestically in 2013 when she was 2 months old. We adopted our son in 2018 from China when he was 3 years old. Both were wonderful experiences, but not without challenges. I wouldn’t change anything about our past experiences because it led us to Anna and Micah. Failed adoptions are hard, but it is part of my life. I learned a lot from it—about myself and my support systems around me.

Meghan Rivard is an adoptive mother and a big advocate of adoption and foster care. She resides in Indiana with her husband, their one-year-old daughter who is the center of their lives, and their dog Max. She has a Bachelor’s and Master’s Degree in Social Work. Meghan stays at home with her daughter but is so happy she found this outlet to share her personal adoption story and educate about adoption!