When Did Adoption Start? 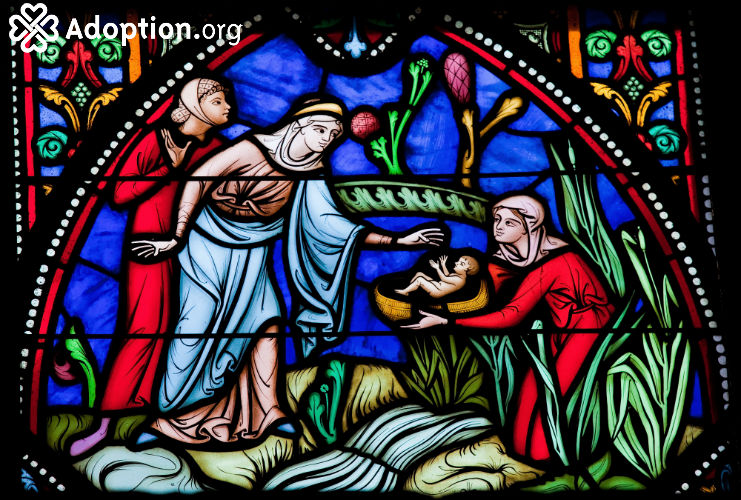 Since the beginning of time, people and animals have instinctively cared for one another, even when they weren’t biologically related or the same species. Although “adoption” didn’t officially exist until much later, the practice got its roots from ancient times. Here is a look at how adoption began and how it has evolved over the years.

According to the National Geographic article, “Why Animals ‘Adopt’ Others, Including Different Species,” unexpected alliances often form due to a combination of instinct, empathy and mutual benefit. Take the following examples. In 2013, sperm whales “adopted” a deformed bottlenose dolphin. Other unlikely pairings have also occurred throughout history, including a dog who nursed a baby squirrel as one of her own, captive apes that treated cats like their own babies, and a dog who watched over a baby owl.

Humans are no different. Even back in Biblical times, a Hebrew woman named Jochebed placed her infant son in a basket and gently sent him down the river to save him. The reason? Pharaoh had ordered all Hebrew male infants be put to death. This woman did whatever she could to protect her child and give him a chance at life, much like today’s modern birth mothers. The baby was found by one of Pharaoh’s daughters, who “adopted” the child into the royal family and named him Moses. As you probably know, Moses later became an important leader and prophet.

So how did adoption become what it is today? Check out this timeline:

Want to learn more about the history of adoption? Visit Adoption.com

Deanna Kahler is a proud mom and freelance writer with more than 20 years of professional experience. She has written for several adoption websites and is the author of the award-winning book, From Pain to Parenthood: A Journey Through Miscarriage to Adoption. When she’s not busy educating and inspiring others, Deanna enjoys hanging out in parks and on the shores of Michigan’s beautiful lakes. Check out her webpage at www.deannakahler.com.

How Do I Overcome Feeling Unprepared to Foster or Adopt?

What Does ‘Special Needs’ Mean in Adoption?

What Do I Need to Know About Traveling and Adoption?

Why Are Foster Care and Adoption Training Required?