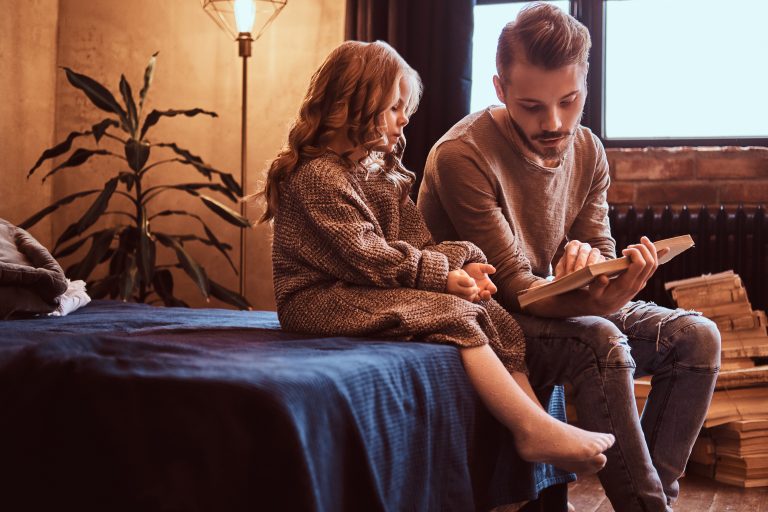 In light of Father’s Day, we reflect on the men in our lives and the difference that a good man can have on his children. Why are fathers important? To all men out there, regardless of your connection to fatherhood, I say, kids need you. Foster kids, kids available for adoption, kids in your extended family, all children need good men in life. In the adoption community, the vast majority of individuals who seek to be foster or adoptive parents are women. And that’s great. But kids need fostering/adoption dads as well. There are over 400,000 children in foster care, and 100,000 of these children are available for adoption. More homes are needed. More men who are willing to step up as fathers are needed.

Why Don’t More Men Join the Foster or Adoptive Community?

Let’s just talk about the “elephant in the room,” as it might be called. We need more foster/adoptive dads. Sadly, there seem to be many men who shy away from foster and adoption care because it is not in life’s goal to become a foster father. Many husbands are dragged into the foster/adoptive community, kicking and screaming, figuratively speaking, behind wives. While there are good men out there who do step up to the plate, even more children would be blessed if more men would take the lead. By doing so, men would realize how much of a privilege of raising a foster or adoptive child would be. So, why don’t more men do so?

-Slow development. Bluntly put, many men do not want to become foster fathers because some men are not developmentally adults yet. Adolescence seems to be taking longer and longer, nowadays, to mature out of. Just because a boy turns 18 years of age doesn’t mean he is ready to take on the responsibilities of an adult. For many young people, especially those who have experienced trauma, some are chronologically adults, but developmentally are still adolescents. Because some men may not have had a good example of a father or mentor, those men have no one else to look to, except images on TV, or negative influences on the street. Because some men may have been traumatized as a child and never recovered from that trauma, these men simply are continuing what is comfortable. If men still need time to grow up, that is perfectly ok.

-Men who make bad choices. In order to become foster or adoptive parents, background checks need to be conducted–some men cannot pass these background checks due to poor choices in the past. There are some who have used power to take advantage of women, who abused substances, and who was in and out of jail. Many of these men could be former foster children who never obtained a good foundation when aged out of the system. Therefore, some men may not be eligible to care for others.

-Gender roles. Some men think it is the woman’s job to care for the children. And while many women take the lead in that role while a child is an infant, men have just as a powerful influence on children. Kids, regardless of situation and age, need male guidance in life.

5 Reasons Why Fathers Are Important to Girls

It is not unusual for a 5-year-old girl to say to her father, “Daddy, when I grow up, I want to marry you!” She obviously doesn’t quite get the concept of marriage at that age. All she knows is that marriage is reserved for the man she loves the most. What better example of love is there than the love a girl receives from her father? Sadly, due to divorce, abandonment, or foster care, many girls do not have this opportunity. It is not her fault. It is not her mom’s fault. And although moms do phenomenal jobs raising children, girls need a strong, consistent male figure in life as well, whether it is a foster dad, an adoptive dad, a grandad, or some other strong male role model in life. Here are some reasons fathers are valuable in a girl’s life:

5 Reasons Why Fathers Are Important to Boys

We hear the saying “like father, like son.” History records many sons following in his father’s footsteps–John Quincy Adams and John Adams, George W Bush George H. W. Bush, and Michael Douglas and Kirk Douglas. The vast majority of sons want to make fathers proud. Therefore, growing up like a father is something a boy may aspire to. If a boy does not have that opportunity, a foster dad or adoptive dad can fill that much-needed role. A foster/adoptive dad can fill in where the birth father could not. Below are some reasons why a positive male role model works wonders for young men.

As a foster-adoption social worker, I have encouraged and cheered on many single foster moms who have the difficult task of working, cooking, bathing, tutoring, driving, and disciplining kids all independently. Single foster/adopt moms are to be applauded. A mother’s nurturing instincts and intuition are unparalleled. My advice to you is to keep doing what you are doing, but add this to your child’s life–a positive male role model. Whether a youth pastor or a tutor or a Court Appointed Special Advocates (CASA) or a mentor through Big Brothers Big Sisters, there are men out there willing to be a father to your child. Don’t underestimate how valuable and influential the role of a good man can play in the life of your child.

If you are a young woman who has been hurt by a man, my heart goes out to you. That should not have been. I am sorry your experience was bad. But not all men are bad–there are good men out there. Find a professional who can meet your child’s needs.

If you are a young man considering becoming a foster father or adoptive father, go for it. Father’s Day shows us how the influence of a good man is prized in this world and how you can fill that role for a child. I can tell you from experience that it is one of the greatest experiences you will ever go through. Will it be hard? Yes. Will it be worth it? Absolutely. Give it a shot.

Derek Williams is an adoption social worker and has been in the field of child welfare and behavioral health since 2006, where he has assisted families in their adoption journey. He and his wife started their adoption journey in 1993 and have 8 children: 6 of which are adopted. His adoption children are all different ethnicities including East Indian, Jamaican, and Native American. He loves traveling with his family, especially to the East Coast and to the West Coast and is an avid NY Mets fan! Foster care and adoption is a passion and calling for Derek, and he is pleased to share his experiences with others who are like-minded.