Can I Get to Know the Adoptive Family? 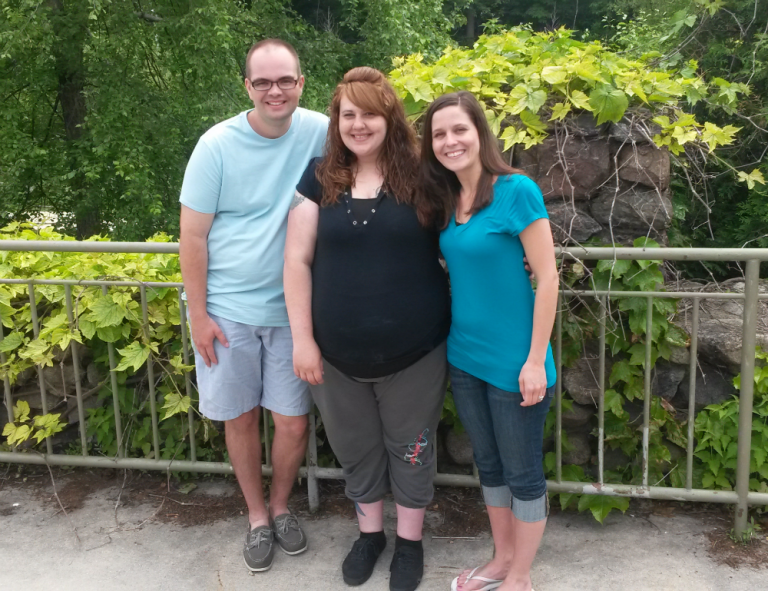 Adoptees Can Benefit from Adoptive and Birth Parent Relationships!

Every single adoption story has one thing in common: they all consist of an adoption triad. In Lita Jordan’s article, “What Is the Adoption Triad?” she explains exactly what this is. “The adoption triad is composed of the three groups of people whose lives are joined as immediate members of an adoption family story.” The three groups of people that she refers to as being part of this triad are the birth parents, the adoptive parents, and the adoptees. She also adds that “The adoption triad is the triangle that binds an adoption story together for life.” The more each component of the adoption triad knows about one another, the stronger it usually is. The more love that is being distributed throughout the triad, the more it will flourish. The adoptee will benefit the most from a secure relationship between the birth parents and adoptive parents.

So, can a birth parent get to know the adoptive family? Absolutely!

Creating a relationship with the adoptive family will be so beneficial for all members of the adoption triad. How do you do this? Well, don’t be afraid to be open with the adoptive family! If you want to have a relationship with them, the effort has to go both ways. Tell them about yourself, about your life, about your goals and dreams. Open up about how you’ve come to your decision of placing your baby for adoption. Let them know how much you love your baby and that you want to get to know them because they are his or her parents. Tell them your hopes and your fears about the adoption. In return, the adoptive family will get to know who you are and will open up with you. I was never good at communicating or opening up to people. I remember initially writing letters to the adoptive family which included pages with bullet points of interesting facts about myself and paragraphs that detailed some of my background story. I wanted them to know who I really was. The more I opened up, the more the adoptive family opened up, and we got to know each other. They joined me for doctor visits, and we even hung out with each other’s families. It felt good to know who was going to be raising the baby growing inside of me.

Once you’ve gotten to know the adoptive family, you may gain some level of comfortability with them. This is great for various different reasons. Being a birth mother is very hard sometimes. It was awesome to have a relationship with the adoptive parents and feeling comfortable enough to share some of the negative thoughts that I experienced. For example, about a month before I gave birth, both adoptive parents and I were at a doctor’s appointment together. When the doctor asked if there were any concerns I wanted to talk about, I felt compelled to talk about this nasty thought that kept lingering through my mind. For days, my mind kept repeating this crazy question: “What if the adoptive parents are actually really bad people, and they’re going to hurt my baby?” This may sound a little silly, but this negative thought was really disturbing me for days prior to this doctor’s appointment. Of course, my doctor helped us understand what I was going through, and it was such a relief that the adoptive family was there through it all. Our bond continued to grow, and all parts of the adoption triad were present for the baby’s birth and throughout the entire hospital stay.

It’s very hard to explain how it feels when you leave the hospital empty-handed. It’s definitely not easy, but getting to know the adoptive family made it easier. How? Well, because for months prior to the baby’s birth, I got to know the mother, the father, grandmas, grandpas, and more of the adoptive family. When I felt so empty inside after leaving that hospital, the thought of him and his family helped ease my pain. I pictured my sweet baby boy being loved so much by his parents. I pictured his father smiling at him just the way he did when he first held him. I pictured his mother holding him in her arms so tightly because she just loves him so much. I could picture his grandma telling him jokes until he cracked a smile. I could picture his other grandma rocking him while reading him books. I pictured his grandfather’s throwing him footballs. I pictured him being greeted by his family dog and cat when he entered his beautiful house for the first time. As a matter of fact, his parents sent me a family picture of them all when they made it home after leaving the hospital. Getting to know the adoptive parents and knowing the love that was surrounding my birth son made it easier for me to cope.

Yes, you can get to know the adoptive family! Finding the right adoptive family that desires an open adoption will be best for you. I believe that relationships between birth parent and adoptive families can benefit all parts of the adoption triad as life continues to go on. Building a relationship and gaining comfortability between one another will help with your communication throughout the adoption as the adoptee grows. After all, it’s always been about the adoptee. Getting to know each other for the best interest of a child whom everyone loves is absolutely beautiful.

Heather Mitchell courageously became a birth mother in 2014. She is inspired to personally share how open adoption has incredibly impacted her life. She shatters the common misconceptions about birth mothers, and desires to provide a beautiful and unique point of view. Heather enjoys her grind as an administrative specialist for a millwork company in Wisconsin. While dedicated to her profession, Heather believes her most important job in life is motherhood. Her three children keep her busy, yet extremely overjoyed and purposeful. Her free time is spent reading, writing, or admiring the view of Lake Michigan, which can be seen from her front porch.

How Can I Be a More Patient Parent?